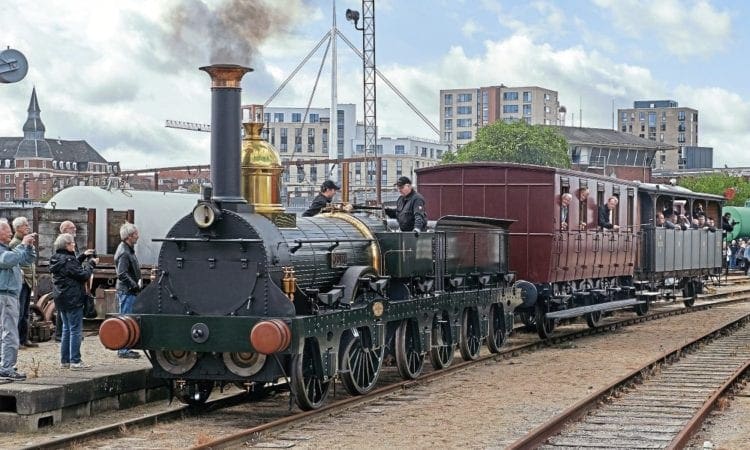 The original was a 2-2-2, built in 1846 by Sharp Brothers and Company in Manchester, and named after the Norse God. ODIN was built for the opening of the line between Copenhagen and Roskilde on June 26, 1847. The loco was withdrawn 15 years later in 1862.

The project to build the replica ODIN took Danish enthusiasts around 15 years. There were no detailed drawings of the original, although Sharp Brothers’ successor company North British had supplied general arrangement drawings to Danish Railways in 1908 many years after the original loco had been withdrawn.

A scale model existed in the museum’s collection, which was also used to aid the construction of the new loco.

The new ODIN was used for public special trains in the grounds of the museum in mid-September.
Our thanks to the North British Locomotive Preservation Group for some of the information in this report.