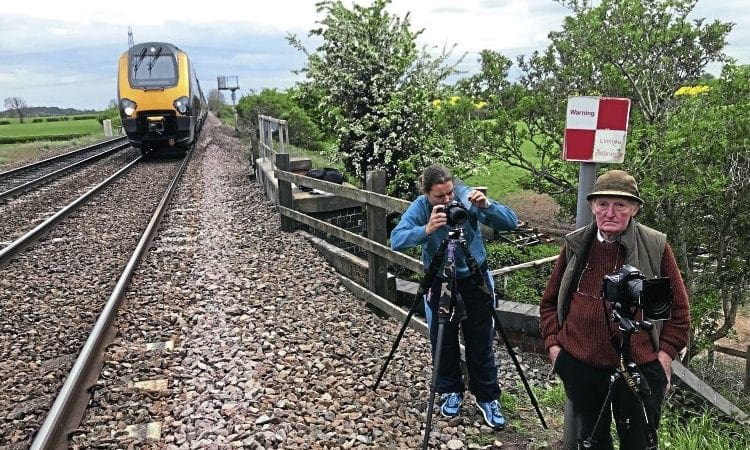 Some of the worst trespass incidents seen since ‘A3’ No. 60103 Flying Scotsman returned to the main line in 2016 occurred on May 5 as the Pacific was returning from York to London Paddington on the final day of the Railway Touring Company’s ‘Great Britain XI’ nine-day tour.

Trespass was most evident between Burton-on-Trent and Tamworth, especially around Elford, where sightseers had climbed through fencing to stand on the ballast of a 125mph line

Many had their backs to oncoming traffic and had placed themselves in great danger, leading to calls for Network Rail to review its fencing at these locations to see if they are adequate.

As drivers reported the trespass to control, trains were cautioned, and more than 50 were late or terminated short, with aggregate delays of nearly 1,000 minutes.