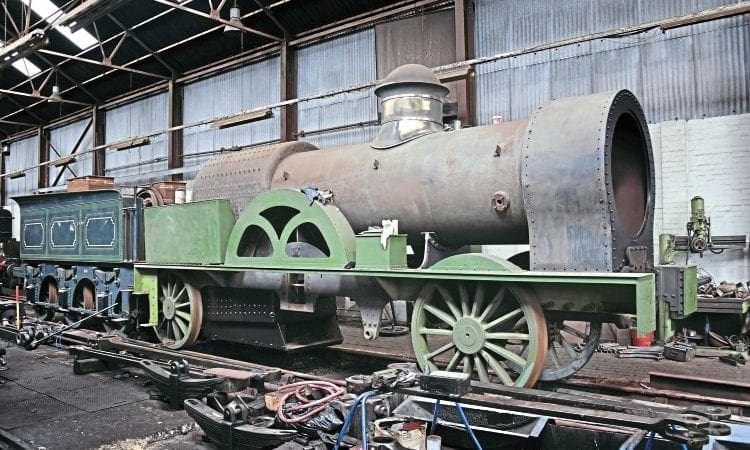 TYSELEY Locomotive Works, together with Vintage Trains (VT), will use this month’s open weekend as a platform to launch a new project to complete its London & North Western Railway (LNWR) ‘Bloomer’ 2-2-2 No. 670.

Work on the James McConnell-designed Single began in 1986 and reached an advanced stage of construction (no driving wheelset), but other priorities meant the loco was never completed.

However, the near-complete loco will now be dusted off to form the centrepiece of the Pioneer Inter City Train project, the launch of which will take place during the Tyseley open weekend on
June 22 (see story below).

Details of what the project will entail have yet to be announced, but VT spokesman Denis Chick confirmed the project will also entail the construction of a two- or three-coach period LNWR train, built to main line specification, to run with the ‘Bloomer’ on short-haul demonstration runs around Birmingham.