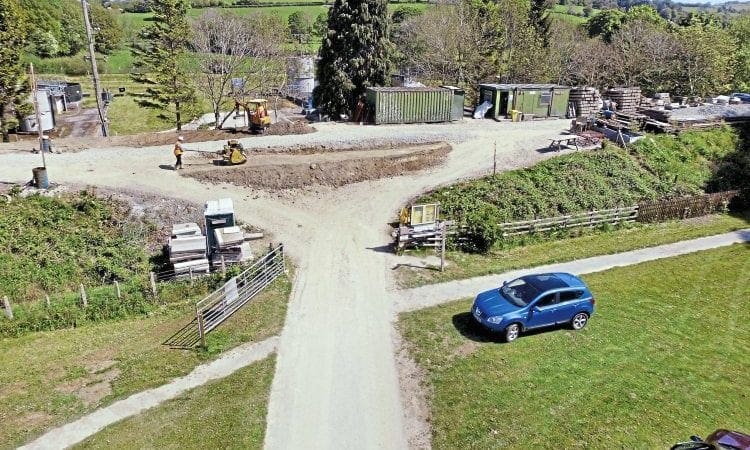 THE Llangollen Railway is another step closer having trains able to run into its new Corwen Central station following the filling of the ‘Gap’ in the embankment immediately east of the station site.

After six solid days’ effort by contractor and volunteers, the northern batter (boundary) of the embankment was completed on May 14.

About 1,500 tonnes of material was brought in from the former Ruthin branch embankment to be layered and rolled by the volunteer team.

Work on constructing the southern side of the embankment started during the week beginning May 20, as this had to remain open to the end to allow for access to deliver materials.

The Gap was the only barrier between the current railhead at the temporary Corwen East station and the new site. Its infilling will allow the track to be extended to connect with that already laid in the station confines, with base ballast having been laid for the alignment of the intended siding.