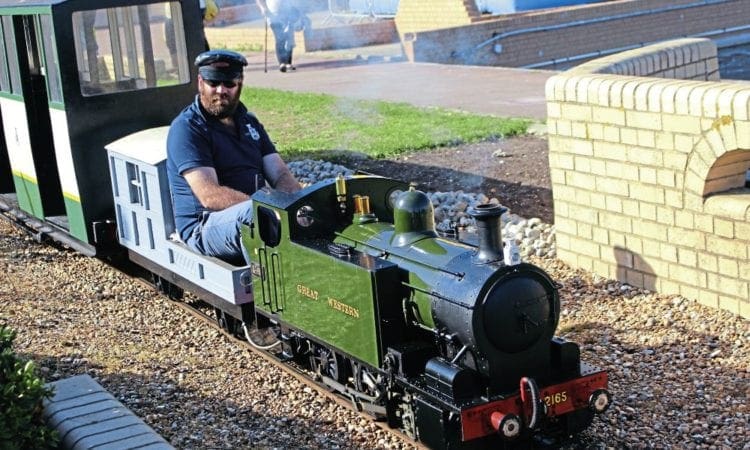 For the finale they were joined by GWR-liveried No. 2165 Burry Port, making its first appearance at the HMR. This 0-6-0T was built by Chris Summersall in 1985, based on Martin Evans’s ‘Simplex’ design, scaled up from 5in gauge to 10¼in.

It was originally named Titan and based on the Queen Mary’s Hospital Railway, Carshalton, Surrey.

Following acquisition by Bob Symes, it was rebuilt to represent a Hudswell, Clarke loco built for the Burry Port & Gwendraeth Valley Railway, later absorbed by the GWR.

No. 2165 ran on Bob’s private Green Dene Railway, Surrey, until sold in 2013 on closure of the railway, and has since been based at the ILR.