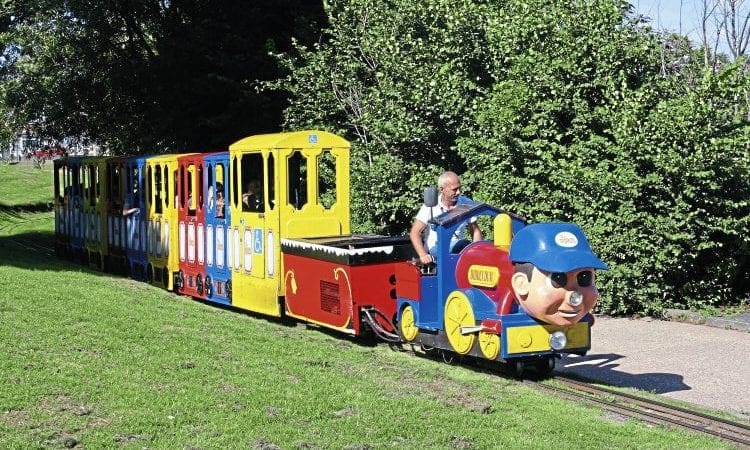 It was opened in 1965 as a normal, steam-operated 9½in-gauge railway, and was re-gauged in 1967 when extended around the large lake.

Latterly, motive power has been anything but ‘normal’, these being steam-outline Bo-BoDHs Diddly Dum (J Hudell and K. McCluskey, 1985) and Diddly Dee (K McCluskey, 2009).

An attempt to sell the railway in situ failed, and it is not known what is to become of the stock. The local authority released its ‘masterplan’ for the park in mid-October, confirming there was no place for the railway.

The trackbed will become a lakeside walk with ‘inclusive-access’ surfacing.