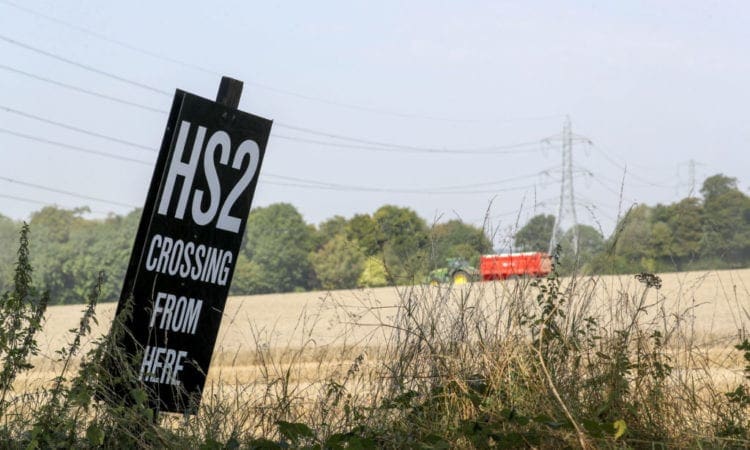 Ministers have been accused of failing to “get a grip” on the “ballooning costs” for HS2.

Speaking in the Commons, Labour’s shadow transport minister Tanmanjeet Singh Dhesi raised concerns that cities such as Leeds could miss out on the benefits of the high-speed rail link.

The project, which would connect London to Birmingham, Manchester and Leeds, has faced multiple delays and rising costs.

Mr Singh Dhesi criticised the Government over its handling of the project during consideration on Lords Amendments to the High Speed Rail (West Midlands-Crewe) Bill.

It comes after the Government accepted amendments which would require the views of residents in Shropshire, Staffordshire and Cheshire to be sought on the impact of HS2 construction work on road traffic and the environment, with a report to Parliament.

The consultation exercise will also look at whether local transport links with the high-speed network are sufficient and if not to consider improvements, including the building of new railway stations and the reopening of lines.

Mr Singh Dhesi told MPs: “I am deeply concerned about the Government’s approach and commitment to HS2. Yet again it seems the Government are overspending and under-delivering.

“They repeat ad nauseam about levelling up the North but their continuing refusal to commit to delivering HS2 in full, including the Phase 2B leg to Leeds and their 40% budget cut to Transport for the North, is the exact opposite of levelling up.

“I sincerely hope that cities like Leeds are not going to miss out on the benefits of HS2 due to Government failure to get a grip of ballooning costs.”

He told the Commons: “Already this Bill has taken far longer to go through Parliament than was anticipated when the legislation was introduced in July 2017.

“I do not want to delay it further today. I want this section of the railway to be built so we hasten the benefits of HS2 to the North as soon as possible.”

On accepting a new consultation for those impacted by the route, he said: “There has already been considerable consultation with the people of Shropshire, Staffordshire and Cheshire.

“Nevertheless, I think that accepting this amendment is the right thing to do. As minister for HS2 I have been charged with resetting the relationship between the HS2 project and local communities.”

Conservative former minister Sir John Redwood suggested the Government should publish their initial thoughts on how railway demand will change in future as a result of the COVID-19 pandemic.

He told the Commons: “The nature of work and the use of the office is going to change and we may well find the intense pressure on the Monday to Friday evening peak, around people tending to start work at 9am and intending to leave at 5pm or half past, will diminish – that people will want much more flexible use of the railway, they won’t be going every day, and they won’t necessarily be going or leaving at peak hours.”

Sir John added: “I do think we’re due from the Government, and from the industry representatives that advise, their interim thoughts on what the shape of the railway and railway demand will look like in two or three years time, assuming all has gone well with vaccination and there is a pretty good robust recovery.

“I don’t think we should assume it’s going to be a recovery to the same work and railway travel patterns we had before.”

Visit www.hs2.org.uk/ for more information on the project.