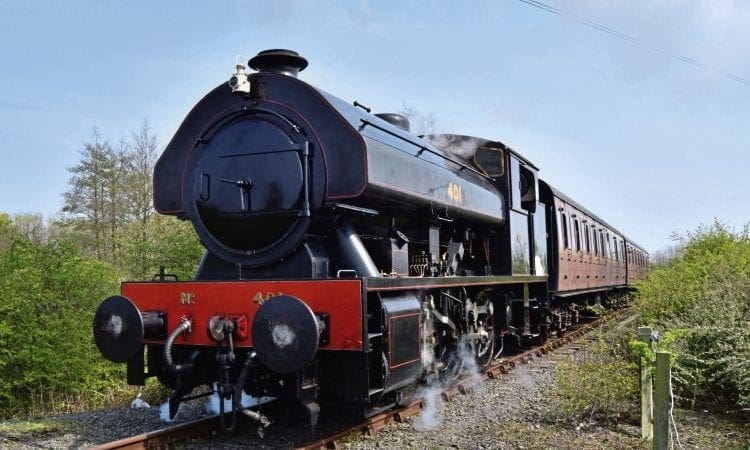 No. 401, with surviving sister No. 403, are generally considered to represent the pinnacle of industrial steam locomotive design.

They were part of a trio built for the Steel Company of Wales (SCOW) for its Abbey, Margam and Port Talbot works, where they would be evaluated alongside three new six-coupled diesel electric locomotives, which had also been ordered from Bagnall at the same time.

Nos. 2994-2996 were delivered in early 1951 and, in order to make them as competitive as possible against the diesels, included such refinements as Walschaerts valve gear, piston valves, roller bearings (on axles and motion), hopper ashpans and rocking grates, self-cleaning smokeboxes and balanced reversing gear.