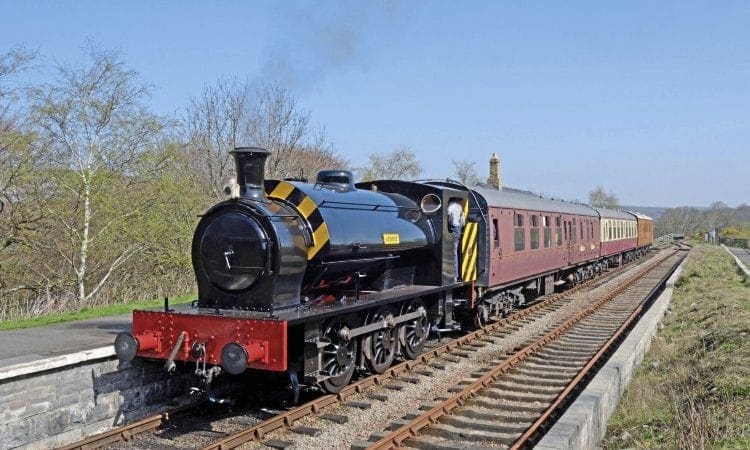 As reported (RM April), Jessie has been stripped of its former ‘Thomas’ guise, losing the side tanks, and having its saddle tank restored, along with the striking East Moors Steelworks black livery.