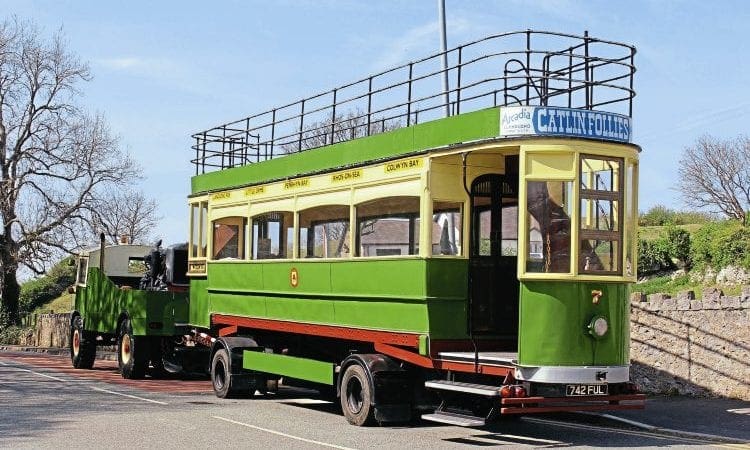 The semi-restored car has been rebuilt using the body of former Bournemouth Corporation Tramways No. 126, which shared the same 3ft 6in-gauge as the L&CBER, and was similar to the 10 ex-Bournemouth cars that found their way to North Wales in the 1930s. One of these – L&CBER No. 6 (Bournemouth No. 85) – is preserved at Crich.

Work on the re-creation started in the 1980s, with the number 7 selected as this was the next in sequence to the preserved No. 6.