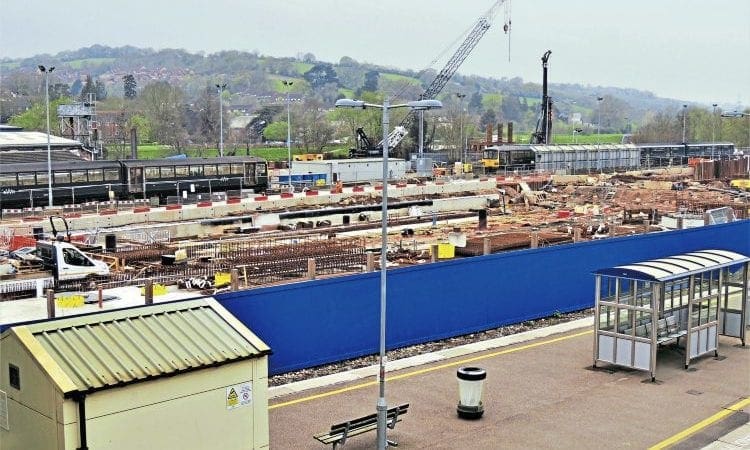 The project was announced at the beginning of 2018 and is being built by Hochtief for Network Rail, Great Western Railway and the Department for Transport.


This April 7 view shows the new structure gradually rising on the site of the former fuelling point. JOHN VAUGHAN