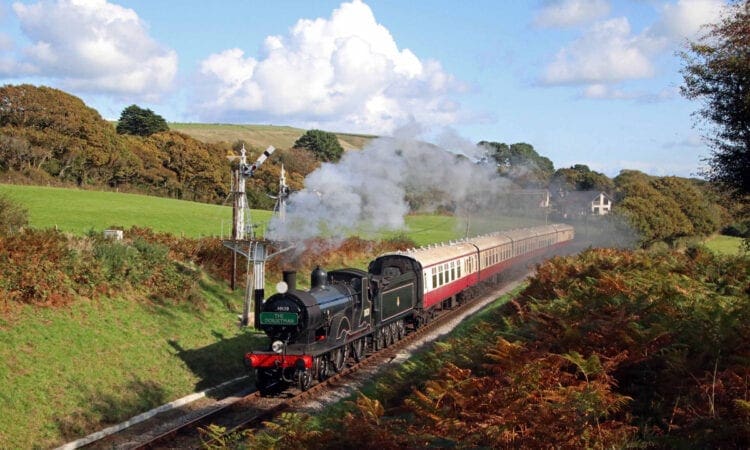 The agreement will see the locomotive, built in 1899, stored at the Swanage Railway following expiry of its boiler certificate in August 2020.

Also, there are provisions for limited disassembly, including a boiler lift, for the Swanage Railway Trust to assess the potential for the locomotive to be returned to steam.

No. 30120 was built at the Nine Elms Locomotive Works in London during 1899 for the London and South Western Railway.

The locomotive was withdrawn in 1963 and later joined the National Collection where it went on display at the National Railway Museum in York.

No. 30120 was overhauled at the Flour Mill engineering works, in the Forest of Dean, for service on the Bodmin & Wenford Railway in 2010 before the T9 moved to Swanage in 2017.

Volunteer Matt McManus, of the Swanage Railway Trust, said: “The T9 has been a popular member of the Swanage Railway locomotive fleet for some years now and we are delighted to have reached agreement with the National Railway Museum for the T9 to stay in our care and, hopefully, be overhauled and returned to service.”

Anthony Coulls, Senior Curator of Rail Transport and Technology at the National Railway Museum, said: “The T9 remains a valued part of the museum’s collection and we have enjoyed sharing it with heritage lines across the country where it has been in steam, especially the Bodmin & Wenford Railway and most recently the Swanage Railway.

“The National Railway Museum’s Operating Rail Vehicle Strategy, published in 2019, is due for review but we still see a working future for No. 30120 which is dependent on the practicality of another overhaul to working condition.”

Matt McManus added: “No timetable has yet been set for the engineering assessment of No. 30120, although the Swanage Railway is keen to complete this as soon as possible for it to be included in its overall motive power plan.”

The Swanage Railway Trust’s Victorian London and South Western Railway T3 class locomotive No. 563 is currently being overhauled at the Flour Mill Workshop in the Forest of Dean.