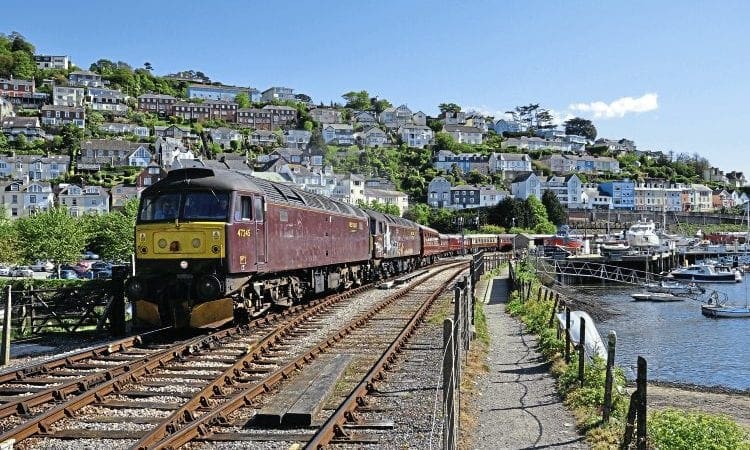 The original plan was for a WCRC ‘47’ to work the train as far as Taunton, where David Buck’s ‘B1’ No. 61306 Mayflower would take over for the run to Torbay.

When the ‘B1’ was declared a failure, No. 6233 Duchess of Sutherland was offered as a late substitute, but this too was unable to work the train because of wheel problems.

Instead, the train ran with No. 47245 and No. 47746 Chris Fudge operating in top-and-tail formation for the outward leg and double-heading on the return.

Unfortunately, on the night of May 3, No. 47746 and two coaches of the train were attacked by graffiti vandals while stabled at Southall depot in west London.

Staff at Southall were unable to clean the ‘47’ before departure.