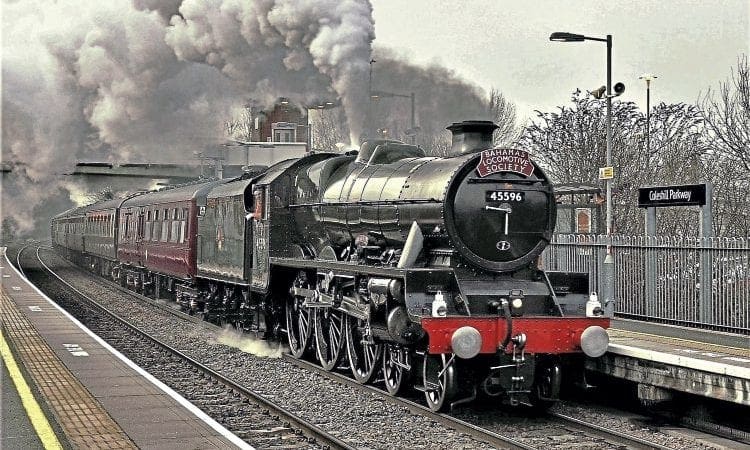 This comes only a few months after the completion of its overhaul at Tyseley Locomotive Works and two very successful comeback runs over the Settle to Carlisle Line.

The Stanier ‘5XP’ is also booked to haul six Vintage Trains tours in June and July, joining the Tyseley’s operator’s main line fleet alongside another recent returnee, No. 7029 Clun Castle.

No. 45596 will return to the scene of its first main line outing in preservation in October 1972 when it works ‘The Welsh Marches’ trains from Dorridge to Hereford on June 29 and July 13.