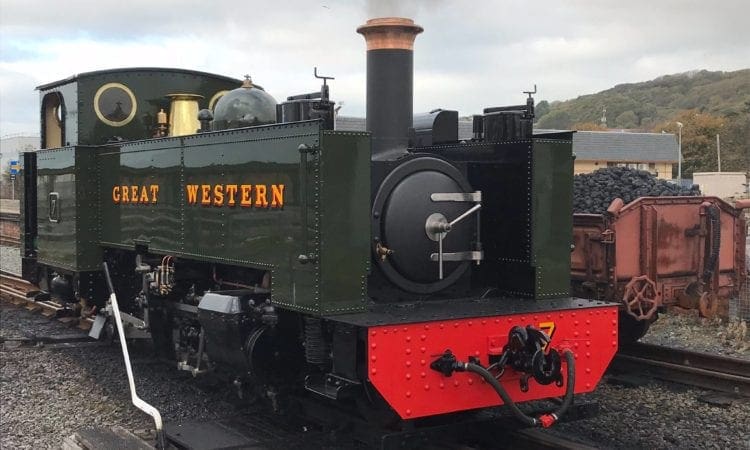 The Vale of Rheidol Railway (VoR) has announced its latest improvement project – the enhancement of the car and coach park at the line’s Devil’s Bridge terminus.

The new facility will allow the existing car park area to be opened up as a pedestrian area for visitors, with a separate coach park and will also be convenient for community events at the recently converted community hall.

Work is due to start on the project imminently this month (July)  – with completion expected by the end of August. The construction contract has been awarded to local firm Tregaron Trading Services (TTS).

Llyr Ap Iolo, general manager at the VoR, said: “The existing railway car park is inadequate for the number of tourists who are now coming to the railway and visiting Devil’s Bridge.

“The new car park will have space for 78 vehicles, including disabled parking with an accessible path to the station and four coach bays, which will leave the area around the station and café to a pedestrian-only area. This will improve the safety and the ambience of the station. We are extremely grateful for the funding we have received from EAFRD and we look forward to welcoming more visitors to the area.”

Coun Rhodri Davies (Plaid Cymru), said: “The provision of improved parking facilities for coaches and cars at the VoR station will be a great boost for visitors and local economy. The new pavement being built by Ceredigion Council will also improve access and pedestrian safety into the village for residents and visitors alike.”

About the Vale of Rheidol Railway

Opened in 1902, the Vale of Rheidol Railway has been operating a passenger service for tourists for over a hundred years. The line, which runs from Aberystwyth to Devil’s Bridge is well-known for its scenery, sharp curves and steep gradients and is a popular choice with holidaymakers in the region.

For many years the VoR was part of the national rail network and rose to fame being the only steam on British Rail before the line was sold in 1989, becoming the first part of BR to be privatised.