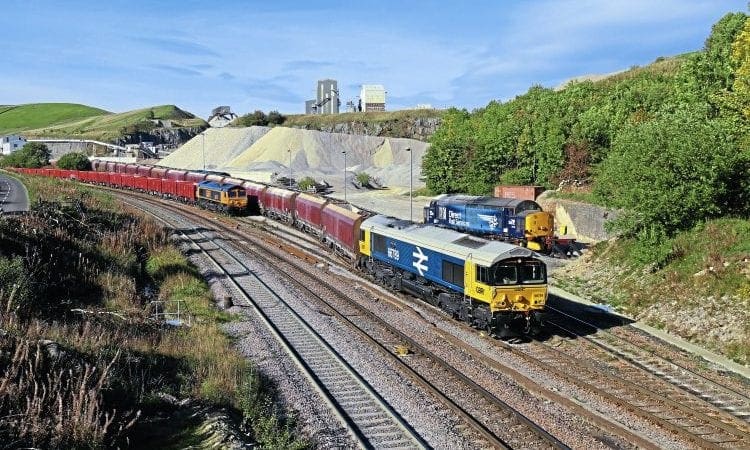 Office of Rail and Road (ORR) statistics show the volume of freight carried by rail in the UK rose by 3% in April-June when compared with the corresponding three-month period last year.

Volumes increased for four of the seven freight commodities measured – coal, construction, domestic intermodal and ‘other’ – with construction now accounting for more than 25% of all UK railfreight. It increased by 80 million net tonnes per kilometre to 1.16 billion net t/km – the highest for the construction sector since 1998/99.

Interestingly, coal traffic matched the construction sector, rising by 7% during the period and bucking the trend of long-term decline. Oil and petroleum dropped by 2% to 0.26bn net t/km, while international traffic declined 1% to just 0.11bn net t/km.