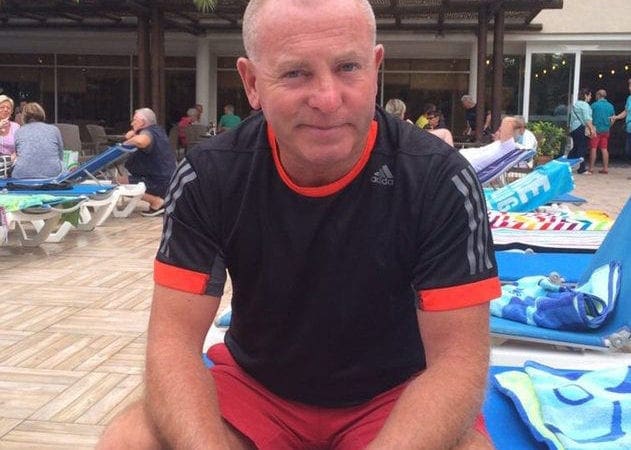 A second railway worker who was struck and killed by a train has been named as 58-year-old Michael Lewis.

A tribute from his family said Mr Lewis, known as Spike, was “known by everyone, and loved by everyone”.

Mr Lewis, from North Cornelly, near Bridgend, was killed alongside colleague Gareth Delbridge, 64, from Kenfig Hill, after being hit by the passenger service while working on tracks near Port Talbot in South Wales on Wednesday morning.

Both men were wearing ear defenders and could not hear the train approaching, police believe.

The Rail Accident Investigation Branch (RAIB) said a third track worker was “very close to being struck” and required treatment for shock.

On Thursday, British Transport Police (BTP) issued a photo and tribute on behalf of Mr Lewis’s family. The family tribute said: “He was known by everyone, and loved by everyone.”We would like to thank everyone so much for their support during this difficult time and ask that we are now given the space we need to grieve.”

It said: “The fatal accident in Margam involving workers from Network Rail included one of our own, Gareth ‘Gazzers’ Delbridge.

“We offer our deepest sympathy to Gareth’s family at this desperately sad time.”

The fatal accident in Margam involving workers from Network Rail included one of our own,
Gareth ‘Gazzers’ Delbridge.

We offer our deepest sympathy to Gareth’s family at this desperately sad time.

“He always had a smile on his face.

Network Rail is facing demands for answers after the deaths and Transport Secretary Chris Grayling has said there will be an investigation.

Superintendent Andy Morgan, from BTP, said on Wednesday: “Shortly before 10am this morning, we received a report of a train striking multiple persons on the tracks here in Port Talbot.

“Our units were very quickly on scene, alongside the Welsh Ambulance Service.

“Following a number of urgent inquiries into this tragic incident, it has been established that the three people were railway workers who were working on the lines at the time.

“The initial stages of the investigation suggest that the two men who died had been wearing ear defenders at the time, (and) tragically, could not hear the passenger train approaching.”

Witnesses at the scene and on board the train will receive trauma support, Mr Morgan added.

Union bosses have called for a full investigation into the deaths, which involved the 9.29am service from Swansea to London Paddington, a 10-carriage GWR Intercity Express Train, and one of 93 in the fleet.

Manuel Cortes, general secretary of the Transport Salaried Staffs’ Association, said: “It’s too early to speculate about what has happened here but clearly something has gone badly wrong.

“There must now be a full investigation because it is simply not acceptable that, in the 21st century, people go out to work and end up losing their lives.”

Network Rail Wales route director Bill Kelly said the railway network owner was “shocked and distressed” by the “dreadful accident”, and added that it was “fully co-operating” with investigators.

He added: “Our thoughts are with the families of our colleagues and our members of staff who will be affected by this tragic loss, and we will provide all the support we can.”

The incident resulted in cancelled trains, with replacement buses being put on for rail passengers.

An investigation has been launched by the RAIB, which said it would provide further details in the coming weeks.

It comes after the organisation’s report for 2018 warned that in recent years “there have been too many near-misses in which workers have had to jump for their lives at the last moment”.

In the report, Simon French, Chief Inspector of Rail Accidents, said: “Every near-miss, however caused, should be viewed as a failure of the system to deliver safety.

“I am concerned that, despite much effort and many initiatives, we are not seeing the hoped-for improvements in safety for track workers…”

Mick Cash, general secretary of the Rail, Maritime and Transport (RMT) union, said: “This is shocking news. RMT is attempting to establish the full facts but our immediate reaction is that this is an appalling tragedy and that no-one working on the railway should be placed in the situation that has resulted in the deaths that have been reported this morning.

“As well as demanding answers from Network Rail and a suspension of all similar works until the facts are established, the union will be supporting our members and their families at this time.”

Mr Morgan added: “We have a number of officers who remain in the area and we are continuing to work alongside the Rail Accident Investigation Branch to understand the full circumstances of what happened in the moments before this incredibly sad fatal collision.”

“This is awful news, and my thoughts are with the families of all concerned.”