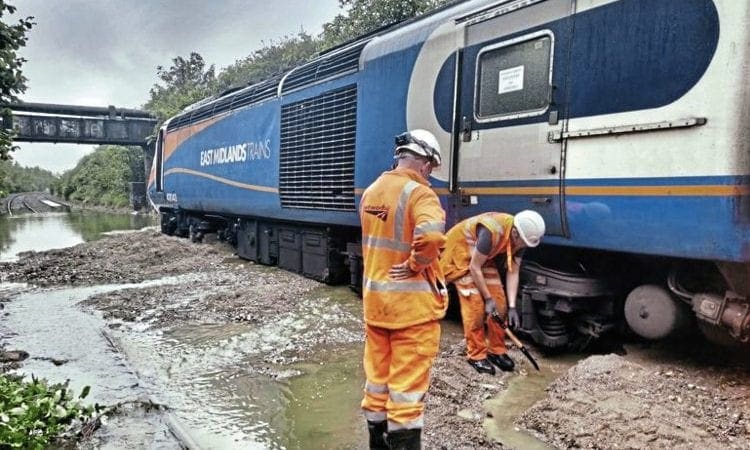 AROUND 300 passengers became stranded on an East Midlands Trains HST for hours after a diverted train was engulfed in a landslide, and a rescue train sent to assist was stopped by rising flood waters.

What turned into a major rescue, involving the emergency services and Network Rail, occurred on June 13 when the Midland Main Line south from Leicester and an adjacent road were closed after a report of a vulnerable person on a railway bridge near Knighton Tunnel.

It was the first of four incidents that combined together to severely disrupt services. The RM spoke to EMT fleet director Chris Wright, who explained what happened.

“As a result of the incident in Leicester, the decision was made to divert train 1D43, 14.34 St Pancras International-Nottingham.

Many drivers were still fresh with route knowledge from diversions via Oakham weeks previously as a result of track changes at Market Harborough.” Mr Wright added the move would also ease the increasing congestion at Leicester.