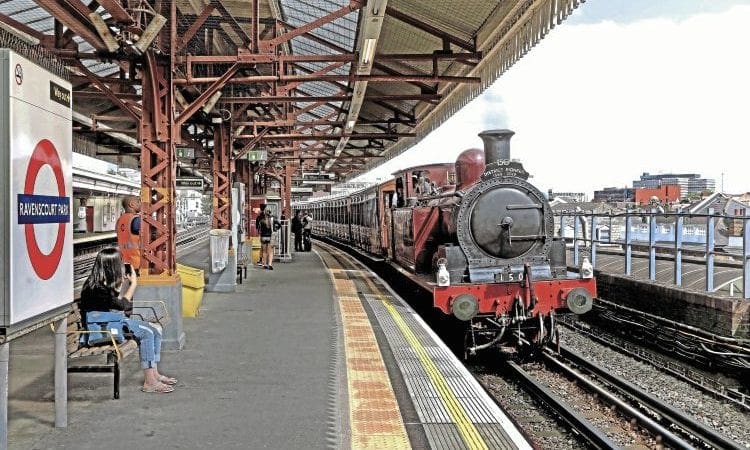 STEAM specials were operated between Ealing Broadway and High Street Kensington as part of celebrations to mark the 150th anniversary of London’s District Line on June 22-23.

The event was also billed as the final opportunity to see the ‘Steam on the District’, because of planned signalling upgrades that make steam more difficult to operate.

The vintage rake of Ashbury’s coaches – including Metropolitan ‘Jubilee’ Coach No. 353 and former Metropolitan District Railway coach No. 100 – were in between.

Three trains ran on each day.

Guests had paid £150 (£180 First Class) for tickets and there was no shortage of takers.

The start of Saturday’s trains was heavily delayed after Sarah Siddons lost its shoe gear and repairs were carried out.

Delays of around 90 minutes were down to less than an hour by the last train.