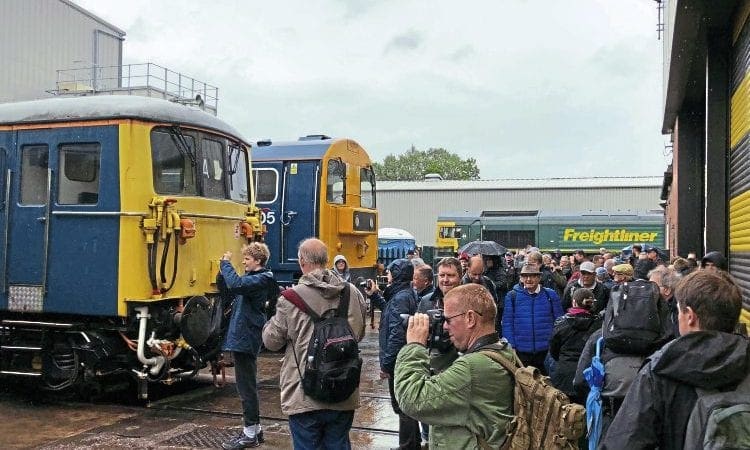 Predicted wet and windy weather failed to deter visitors from attending the Crewe diesel depot open day on June 8, which was held at the Locomotive Services Limited (LSL) site, next to Crewe station.

Charities will be benefiting from more than £72,000 raised by the event, which was backed by Virgin Trains, with media support from The Railway Magazine plus AST Signs.

This sum includes more than £17,500 raised from a sealed bid auction for several Virgin ‘Pendolino’ and ‘Thunderbird’ nameplates, which will be donated to the Rethink Mental Illness charity.

The seed for the event was sown following the passing of Alison Austin, daughter of Lyn Gillan and brother of Melvyn, who both work at Crewe station. Alison lost her battle with neuroendocine cancer at the end of 2017.

Virgin ‘Pendolino’ No. 390115 was named Crewe – All Change, the title chosen for the event as it reflects not only the railway town’s importance as a junction where passengers change trains, but also in the future as Crewe prepares for the coming of HS2.

The Class 390 also carries Alison’s name on its cab ends.

Read more and view more images in the July 2019 issue of The Railway Magazine – on sale now!