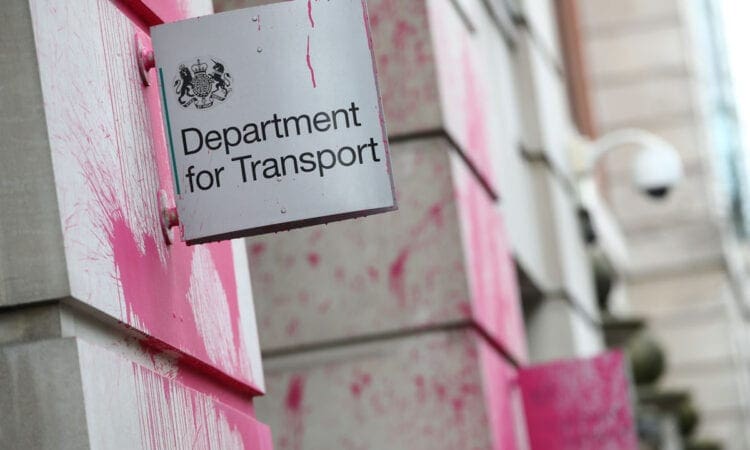 A group of protesters against the HS2 rail project have daubed the front of the Department of Transport offices with paint.

Activists group Burning Pink claimed on social media that two of its members had “sent a message of love for our world and disdain at the corporate killing machine”.

Police were stationed near the building on February 11, where paint had been thrown over the door, windows, walls and pavement.

The area in front of the building in Horseferry Road, Westminster, central London, was taped off while staff attempted to clean up the bright pink liquid.

Burning Pink said on Facebook it was “disgusted by the Department of Transport and their complicity in the demise of what little we have left in the way of nature and beauty”.

This follows protest action in late January that saw anti-HS2 activists dig and inhabit tunnels outside Euston station in a bid to protect gardens at the front of the rail hub.

The Metropolitan Police said that two people had been arrested on suspicion of criminal damage.

A Government spokesman said: “We always recognise the right to peaceful protest, but there is no justification for acts of vandalism on public property which put frontline emergency service workers at risk during the pandemic.

“HS2 is a long-term, low-carbon alternative to domestic flights, freight and driving which will be crucial to achieving our ambition of carbon net zero by 2050.”