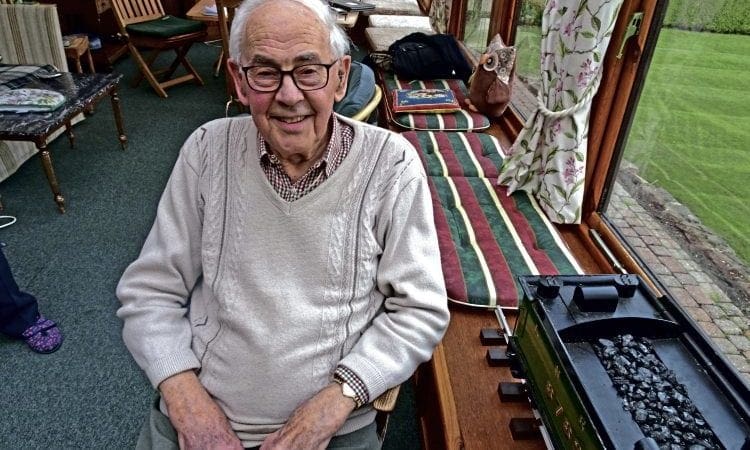 It is rare these days to come across a ‘Big Four’ cameraman whose work has not been published widely in books or magazines.

Such a photographer is 90-year-old Humphrey Platts, who not only began the hobby in the immediate post-war period when film was hard to obtain, but who managed to record examples of trains on the GWR, LMS, LNER and SR before British Railways had even been formed.

Only recently have a few examples of his work begun to appear online, and it was thus with keen anticipation that I made my way to his Lincolnshire home to see what other treasures lay in store. I was not to be disappointed, as the images on these pages show.

All these and more were recorded by this remarkable enthusiast in the mid-to-late 1940s; he was also active with his camera during BR’s 1948 Locomotive Exchanges.

Born in London on June 25, 1929, Humphrey’s earliest memories are of trains on the former Metropolitan & Great Central Joint line at Northwood, Middlesex, and it was the sight of an express roaring through the station there that sparked his lifelong passion.

His parents weren’t particularly interested in railways but did treat him to a trip to King’s Cross in the summer of 1937 to see the new ‘Coronation’ express. “I was only just turned eight but I can remember seeing the ‘beaver tail’ coach and the ‘Silver Jubilee’ stock in one of the adjacent platforms,” he told me.

His interest in railways really began to take off a couple of years later when he was sent to boarding school in Seaford, Sussex.

“Steam was what really captivated me but the Seaford branch had already been electrified by the time I got there, so it looked as though my school days would be pretty barren from a railway point of view.

“However, just a few weeks after my 10th birthday, war was declared and the threat of enemy invasion on the South Coast meant our entire school had to be evacuated to central Wales.