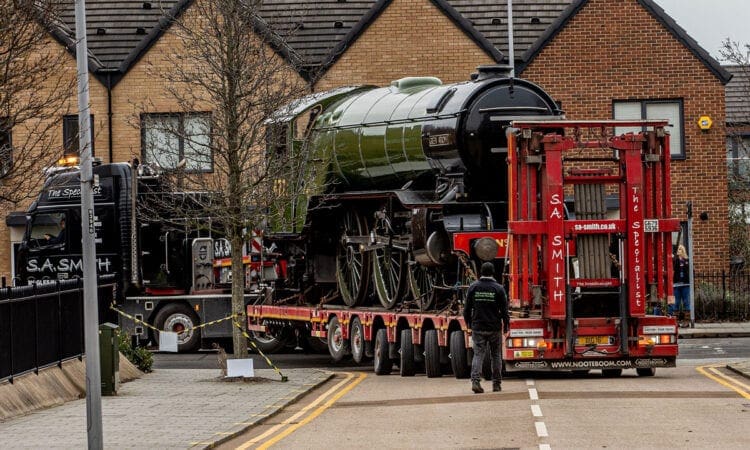 Courtesy of exclusive footage, here is the moment that pioneering locomotive Green Arrow returned to Doncaster, 75 years since it left the town.

Thanks to a partnership between the National Railway Museum and Doncaster Council, Green Arrow completes the line-up of locomotives in Danum Gallery, Library and Museum by joining No. 251 in a superb new rail heritage centre.

Together with an array of rare artefacts from the famous Doncaster Grammar School Railway Collection and other fascinating rail exhibits, the rail heritage centre will be a ‘must be seen’ exhibition when the building opens later this year, subject to the COVID-19 pandemic.

Built in 1936 at Doncaster Works, Green Arrow was the first of the V2 class locomotives to be built and it is the last surviving British 2-6-2 tender locomotive. It continued service through the nationalisation of the railways and was eventually withdrawn from British Railways service in 1962.

Designed by Sir Nigel Gresley the V2 class was derived from the Class A1/A3 Pacifics. Construction of V2 class locomotives continued between 1936 and 1944 despite the impact of World War Two. Their reputation as a versatile and powerful locomotive was enhanced by their haulage during the war.

Following its withdrawal in 1962, Green Arrow was selected for preservation and eventually returned to working order in 1972. It steamed, on and off, until 2008 when its boiler certificate expired.