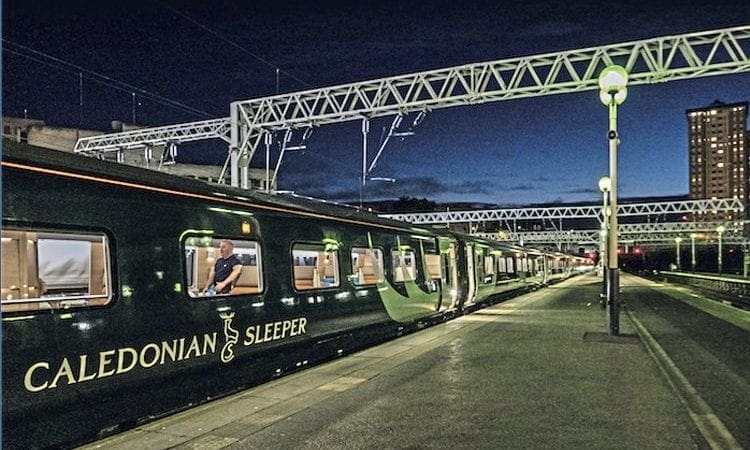 Caledonian Sleeper’s new Mk5 stock has rarely been out of the headlines since it was introduced.

Ben Jones takes a ride on this new generation of Spanish-built overnight stock to see if it delivers on its promises of a quality hotel experience.

Having been in decline for decades, killed off by indifference, variable quality, high operating costs and the advent of budget airlines, overnight trains seem to be on the cusp of a surprising renaissance in Europe.

As climate change becomes an increasingly high-profile issue, more and more travellers are looking for convenient alternatives to short-haul flights.

Overnight trains offer the tempting combination of a night’s sleep and several hundred miles of travel for the cost of a hotel room. They also avoid an alarm call in the middle of the night to drive to an airport at an uncivilised hour for an early flight.

In the UK, the relatively short distances between major cities meant that overnight services were cut back to just two main routes by the late-1980s – London to Cornwall and the Anglo-Scottish trains serving lowland Scotland and the Highlands.

Once part of the ScotRail franchise, the latter have been operated as a separate entity since 2015, branded Caledonian Sleeper’s Mk5 stock (CS) and managed by Serco on behalf of the Scottish Government.

A major commitment for the new franchise was the replacement of the CS sleeper fleet, which consisted of ex-BR Mk2 day coaches from the 1970s and Mk3 sleepers dating from the early-1980s.

Read more and view more images in the July 2019 issue of The Railway Magazine – on sale now!