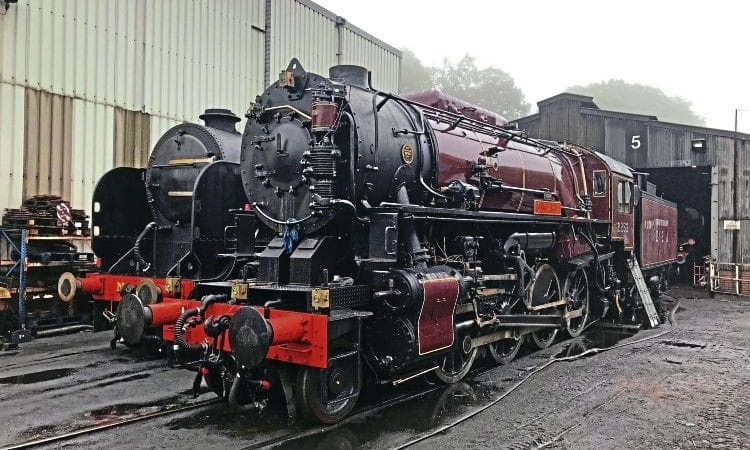 EX-United States Army Transport Corps ‘S160’ 2-8-0 No. 2253 has been named Omaha in honour of the British and Allied servicemen that took part in the D-Day landings 75 years ago.

The Baldwin-built locomotive is currently in the final stages of overhaul at the North Yorkshire Moors Railway and received its new nameplates and commemorative plaque to mark the 75th anniversary of the D-Day landings on June 6.

The name was chosen by No. 2253’s owner Peter Best, whose father, Sqn Ldr Norman Best, was a radar specialist who took part in the D-Day invasion, landing with the American troops at Omaha beach.