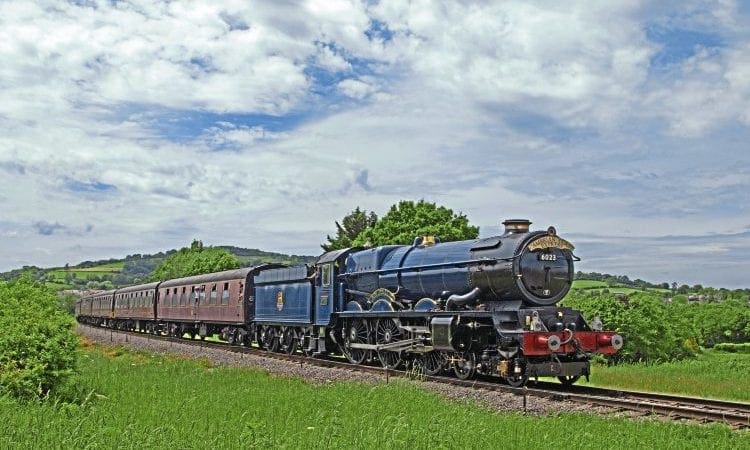 Didcot’s GWR ‘King’ No. 6023 King Edward II will break new ground for the class this autumn when it takes a starring role in the North Yorkshire Moors Railway’s (NYMR) September 27-29 Autumn Steam Gala alongside ‘A4’ Union of South Africa.

The visit will mark the BR blue Collett 4-6-0’s first foray north of the Midlands since the completion of its restoration, and represents the first operation of a ‘King’ over NYMR metals.

Its performance over the former North Eastern Railway line, and in particular on the gradient out of Grosmont, will undoubtedly be a cause of much interest.

No. 6023 will not be the only Western Region interloper at the gala, as it will be joined by the Great Central Railway’s Hawksworth ‘Modified Hall’ No. 6990 Witherslack Hall. Like the ‘King’, No. 6990 was once an Old Oak Common loco and the two would have shared shed space back in the day.

Read more in the July 2019 issue of The Railway Magazine – on sale now!