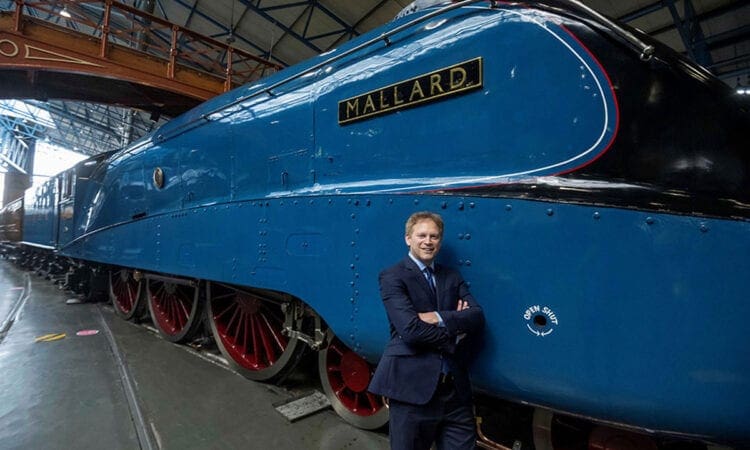 Flexible tickets, which will offer savings on certain routes for people who travel to work two or three times a week, will be at least “20% cheaper” than current monthly tickets, Transport Secretary Grant Shapps told a House of Commons committee.

Mr Shapps told the Transport Committee that public body Great British Railways (GBR) will “make the railway operate through a single vision” from 2023 and will be “something completely new” from Network Rail, which it is absorbing.

Mr Shapps told the committee that Britain’s railways have been riddled with “enormous inefficiencies” and, in cases such as the chaotic introduction of new timetables in May 2018, have been a “total disaster”.

But he promised the reforms will “make this thing work for the passenger and the taxpayer”.

He told MPs: “Network Rail essentially is an engineering outfit – they don’t run the ticketing, they don’t run the trains – Great British Railways will be an entirely different type of organisation, it will be that single guiding mind designed to put in place the passenger service contracts and make the railway operate through a single vision…

“It is not Network Rail, it is something completely new.”

When asked who will be accountable for the new system, he said GBR would be “the Fat Controller, the single guiding mind” with the chief executive “accountable for it and answerable to ministers”.

Network Rail’s chairman Sir Peter Hendy, who ran TfL for more than seven years, said Britain’s railway system is still “Victorian” compared with London but the proposed reforms should lead to a “much-improved” and “modern” system.

He said: “You can travel round in London with a bank card or mobile phone without any trouble.

“The railway is years behind that – asking people to exchange their money for cardboard tickets is Victorian.”

Andy Bagnall, director of the Rail Delivery Group, which represents rail operators and will be abolished as part of the reforms, described the plans as “a welcome change moment for the industry and a really potentially big change for passengers”.

He added: “If we get these reforms right, we will see… a reliable, punctual service, good value for money and one where they (passengers) can travel in as much comfort as possible.”

Although GBR is not expected to be fully established until 2023, many reforms will be brought in ahead of this.

The plan is based on the recommendations of a review of the industry carried out by former British Airways chief executive Keith Williams following the chaotic introduction of new timetables in 2018.

It was initially due to be published in autumn 2019 but was delayed by the general election and the coronavirus pandemic.