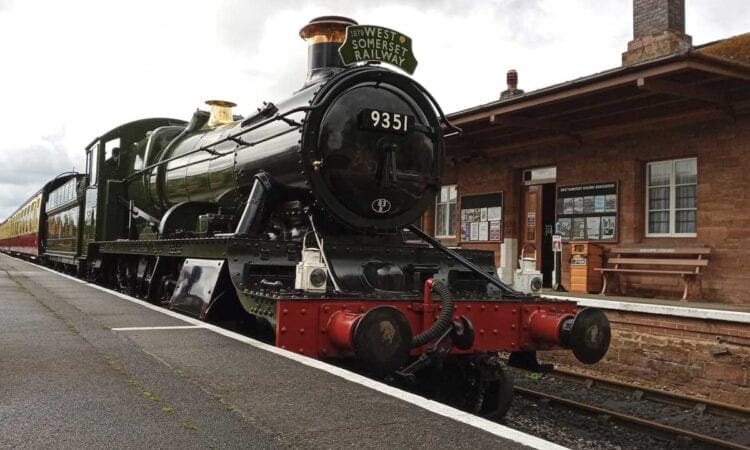 The West Somerset Railway (WSR) has launched an emergency funding appeal, after the railway had two formal appeals turned down following the rejection of its second round bid for the Culture Recovery Fund.

The WSR was hopeful of receiving a grant of up to £432,000 from the government’s Culture Recovery Fund, the maximum permitted under the bidding guidelines.

The money would have provided further funds to help the 22-mile, which reopened on May 22, and further their recovery from enforced closures since March 2020.

The first bid was successful when the railway was granted £864,900 last October, and the final instalment of the grant of £86,490 was paid just before Easter this year.

The West Somerset Railway now needs money as the projected income will be insufficient to meet all of the calls on the WSR budget.

A WSR spokesman said: “The rejection of the WSR’s second application bid to the CRFH was very significant for the railway as the money would have enabled the WSR Plc, along with the support of WSR ‘family’ support organisations, to prepare for and fund the reopening of the railway and the operations for 2022 and beyond.”

The WSR plc has now contacted all of the external stakeholders who previously provided letters and statements in support of the Culture Recovery Fund bid, including local MPs, both main local authorities and councils, plus partners in the local tourism and leisure sector, to inform them of the DCMS rejection decision and two now failed appeals.

The Board has made three urgent decisions following the latest setback:

The West Somerset Railway Board have also decided that it has no choice but to defer and pause any further developmental work and incurring costs on changing its structure.

Commenting on the DCMS announcement and the two appeal rejections, WSR Plc Chairman Jonathan Jones-Pratt said: “Naturally, we are bitterly disappointed not to have gained this  valuable and much needed second round grant support from the Department of Culture Media and Sport, despite lodging two very strong appeals against their earlier rejection decision.

“This additional CRFH money would have provided a vital, further financial lifeline needed for the railway’s survival, and we are confident that all of the projects we put forward for support were needed to help get the much-loved West Somerset Railway back up and running normally again.

“So, given this bad news, we simply had to launch another ‘SOS’ emergency survival fund appeal for up to £1 million.

“We are still receiving donations money every week because people believe so strongly in our railway. Long may that continue to be the case, and let’s try to raise the £1 million as soon as possible, maybe more!  “It’s worth noting that we have now raised or received a total in financial help of an amazing £1.4 million from all sources to date since last March, so this appeal target is achievable!

“All of this money is going to be needed for our very survival now, but the appeal is still bringing in more cash every single week after running for a year! That’s a great achievement for our supporters, so we are going to continue with it, and the appeals for future funds will just have to carry on.”

Visit the West Somerset Railway website and find out how you can support the railway.