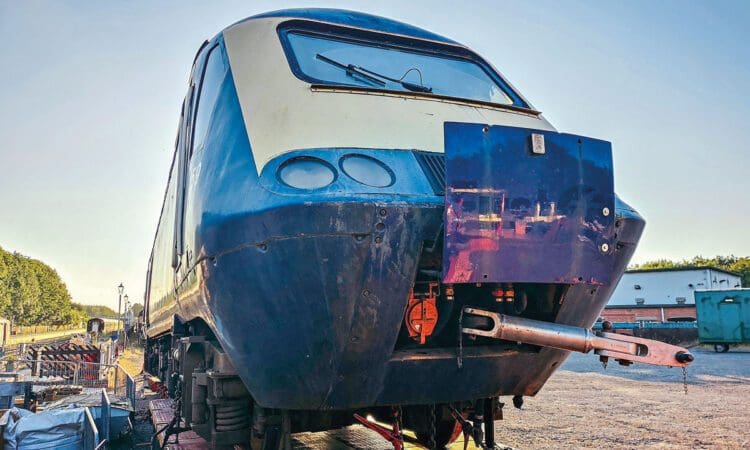 The nine-mile Great Central Railway (Nottingham), which aims to eventually become the northern ‘half’ of a heritage main line steam highway between the city and Leicester, officially changed its name to Nottingham Heritage Railway in July.

A statement said: “The new GCR(N) board has decided to rebrand the railway as the Nottingham Heritage Railway, effective immediately.

“We felt that it was time to freshen up the railway’s image, and the new name is more inclusive and reflective of our strong links with the City of Nottingham and the Rushcliffe area.

“We will be asking local schools to participate in a design competition for a new logo which we will ask Ruth Edwards MP to judge.

“The existing legal and regulatory name will remain unchanged.”

However, Michael Gough, managing director of Great Central Railway plc, operator of the double-track heritage line between Loughborough and Leicester North, said that it had sent a solicitor’s letter to GCR(N) owner the East Midlands Railway Trust last year asking it to stop using the title in order to protect the GCR registered trademark because of concern over the GCR(N)’s current operating ability.

Last September, the Office of Road and Rail ordered the GCR(N) to stop running trains over Bridge 326 which crosses the A60 north of Loughborough because of its poor state of repair.

In addition, Bridge 307 over Bunny Lane, East Leake, is closed to traffic pending a detailed structural investigation and Bridge 312 at East Leake is also said to be in need of work.

As highlighted last issue, the trust has launched its Forward Fund to raise £5-million to reopen its line and turn it into one of the region’s leading attractions.

Trust chairman David Rae said the trust suggested that GCR(N) Ltd could relinquish its lease on southern 5½ miles of its line, with the GCR plc at Loughborough, with the latter to become the new operator of the length from the connection with the Midland Main Line at Loughborough to Rushcliffe Halt and the British Gypsum works, which is served by the line. However, Michael said that such a move has not been agreed.

Michael said that permission for the GCR(N) to use the name Great Central was withdrawn in order to protect the Loughborough business: the GCR had received calls from potential customers thinking it was closed, when it was just the GCR(N) that was shut.

“We are happy to help the trust with the project to repair Bridge 326,” he said.

Both lines remain committed to joining up. The bridge over the MML is already in place, and the bridge over the Grand Union Canal just north of Loughborough locomotive shed has been restored. Funds are now being raised for the GCR’s ‘Factory Flyover’, the next two bridges to be installed between the MML structure and the canal bridge.

“The stakes here are very high,” said David. “Millions of pounds have been raised to rebuild and restore the bridges, and thousands of people have contributed – but there has to be a railway to reunify with.
“We only get one go at it – but we’re all working together to reopen it, and there is huge support.”