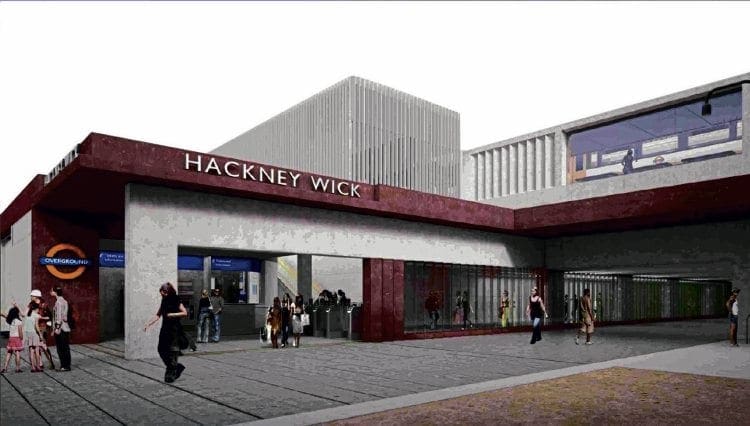 Architects from Landolt Brown have drawn on the area’s industrial heritage and waterways to influence the design of the station’s new entrance and ticket.

New stairs and two new lifts will significantly improve access to the revamped station for members of the public and commuters.

Network Rail is constructing a new subway beneath the railway to replace the footbridge and open up new pedestrian and cycle links by 2018.

Val Shawcross, London Deputy Mayor for Transport, said: “It’s fantastic that Hackney Wick will have a new and improved station and it’s clear this
much-needed upgrade will play a vital role in the transformation of this area of east London.

“New pedestrian and cycle links will be a major boost to the area, improving accessibility and journeys for thousands of passengers travelling to and from Queen Elizabeth Olympic Park.”