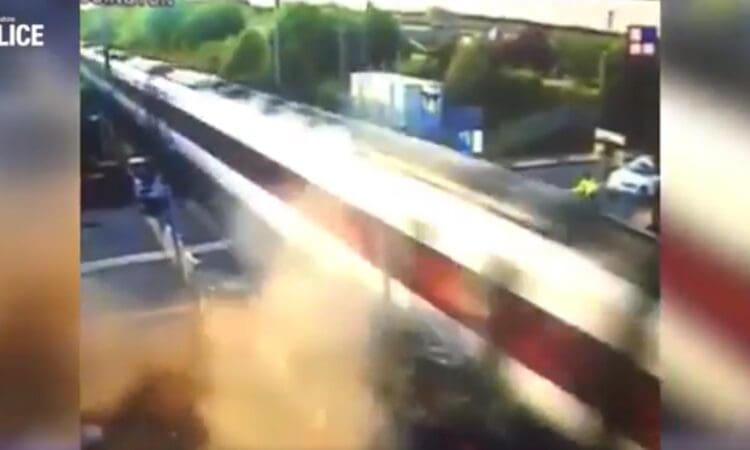 Drunk driver, Michael Rochford, age 27, has been sentenced to nearly a year in jail following a collision with a moving train at a level crossing in June this year.

On the evening of Sunday 13 June, Rochford drove his Range Rover through the security fencing at Rossington railway crossing, crashing with a moving LNER Azuma train.

The train continued along the tracks, stopping only a short time after the collision. Luckily, only a few of the train passengers received minor injuries, with no one needing further hospital treatment. The train, however, was damaged severely and significant delays were caused.

The New Rossington resident did admit to perverting the course of justice by failing to stop after an RTC and dangerous driving. His sentencing took place at Sheffield Crown Court on Monday, 13 September.

PC Martyn Micklethwaite, from South Yorkshire Police’s Roads Policing Group, said: “This case highlights the consequences of driving at excess speed. This collision could have ended with catastrophic results.

“The sentence handed down by Sheffield Crown Court shows how serious these offences have been taken. resulting in a significant prison sentence and a driving ban that will see him off the road for four years.

“Our investigation showed the extent Rochford went to in the lies he told on the night to police which resulted in him being charged with perverting the course of justice.”

Rochford was jailed for 10 months and will also be banned from driving for four years upon his release.