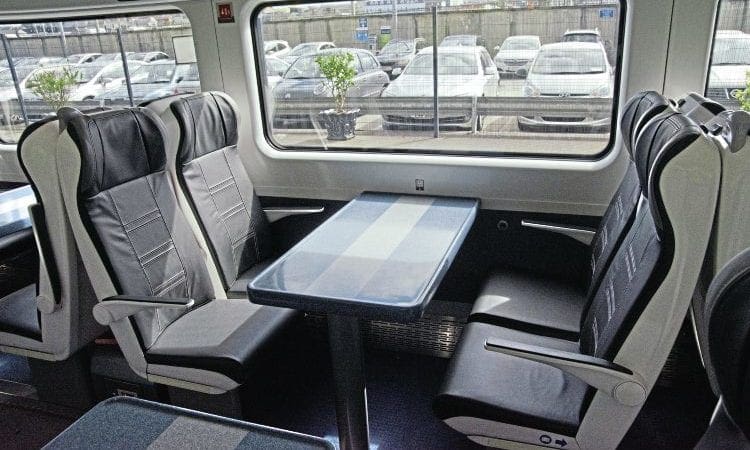 This follows an extensive interior refurbishment aimed at improving the customer experience, while reducing maintenance and cleaning costs.

The 234 vehicles were built by Hyundai Rotem and delivered between 2007 and 2011. They are currently formed into 28 three-car, 25 four-car and 10 five-car sets, and work on both InterCity and Commuter services across the Irish Rail network.

The refurbishment project involves the replacement of 15,500 seat covers along with new double and single arm rests, replacement of 8,379m of catering and carriage area lower panel material with a durable hard plastic covering, and the fitting of 7,750 USB power sockets, which are being installed alongside AC sockets.