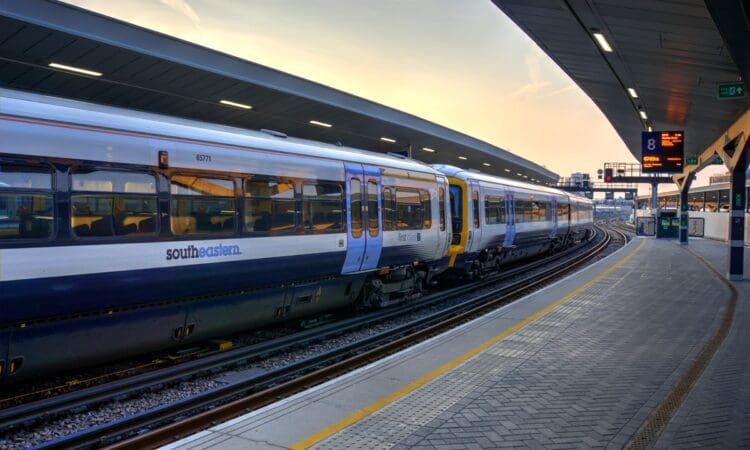 Train operator Southeastern has been stripped of its franchise after failing to declare more than £25 million of taxpayer funding, the Department for Transport (DfT) has announced.

The Government will take over running services on Southeastern’s network – which runs across south-east England, covering London, Kent, East Sussex and the High Speed 1 line – from October 17.

Transport Secretary Grant Shapps said an investigation by his department identified evidence that since October 2014 the company has not declared more than £25 million of historic taxpayer funding which should have been returned.

Entries are still being accepted for the Rail Camera Club’s free competition for railway photographers aged under 26 to showcase their work.

The theme for entries is ‘The railway seen’, showing the diversity of the current railway scene. This could
mean steam, diesel or electric trains, architecture, people, landscapes, or abstract image.

South Western Railway (SWR) has announced that the upgraded Island Line is set to reopen on November 1.

Once reopened – subject to final round of safety tests – customers will return to a transformed Island Line, with new trains running along upgraded infrastructure and through improved stations.

The new trains will improve the customer experience, with upgrades ranging from better interiors to plug sockets, free WiFi and wheelchair spaces.

The £26 million project, funded by the Department for Transport together with the Isle of Wight Council and Solent Local Enterprise Partnership, has taken longer to complete than first anticipated.

Details have been revealed of a multi-million-pound plan to rescue a railway line increasingly ravaged by climate change and extreme weather.

The Newport-Gloucester line connects South Wales with the West Country, Midlands and north of England, providing a vital link for passengers.

Running alongside the Severn Estuary – exposed to rain, wind and sea – more frequent extreme weather has seen the line devastated by five major landslips in the last two years alone. This has led to extended closures of the railway and temporary speed restrictions, delaying more than 200,000 trains.

The Rail Accident Investigation Branch (RAIB) has released its report into a near miss with a member of staff at Rowlands Castle station in December last year.

At 19:14 hrs on December 19, 2020, a Network Rail Mobile Operations Manager (MOM) came close to being struck by a passenger train at Rowlands Castle station.

The MOM was on the track retrieving a rubbish bag when the train approached at 60mph. The MOM climbed back onto the platform and was clear of the line just one second before the train passed.

You must continue to wear a face-covering over your nose and mouth at all times when on the transport network, unless exempt. The overwhelming majority of people are complying with this requirement, and the British Transport Police, the Metropolitan Police and our own officers are on the network to check compliance. Fines of up to £6,400 exist for anyone who does not comply.

Please also wash or sanitise your hands before and after travel.

Due to the coronavirus, the following service changes will be in place until further notice. Please plan ahead and check before you travel.