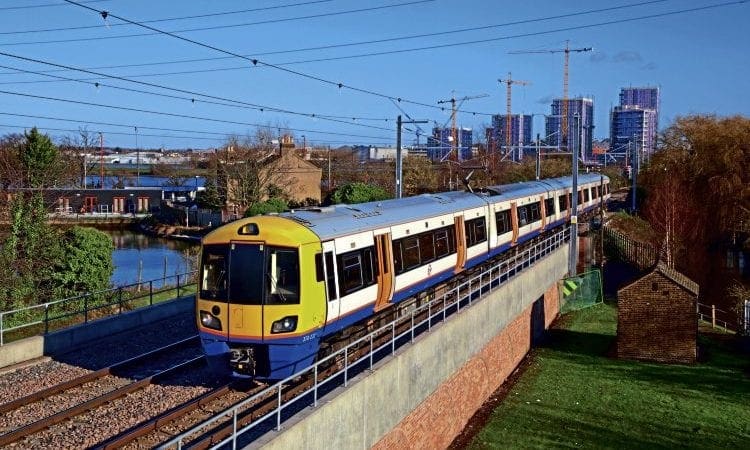 There is still no sign of any of the eight Class710 EMUs nearing service on the Gospel Oak to Barking line (‘Goblin’), leading Transport for London (TfL) to cover the shortfall of Class 172 DMU with modified Class 378s.

The delay in accepting the new four-car Bombardier units – which should have been in service last April – stem around train management software issues that are proving very troublesome to resolve. Until the issues are resolved, driver training cannot begin.

Exacerbating the situation is the fact the 15-minute frequency service used to have eight Class 172s to cover six diagrams, but two left the fleet last year for West Midlands Trains, and a third left at the end of January. Two more leave in February, with the final three in mid-March.

Facing a crisis, TfL has authorised the reduction of five-car Class 378 No. 378232 to four cars, which will allow it to fit in the route’s platforms. The set entered service on January 28.

An additional two Class 378s will also be shortened between now and March.