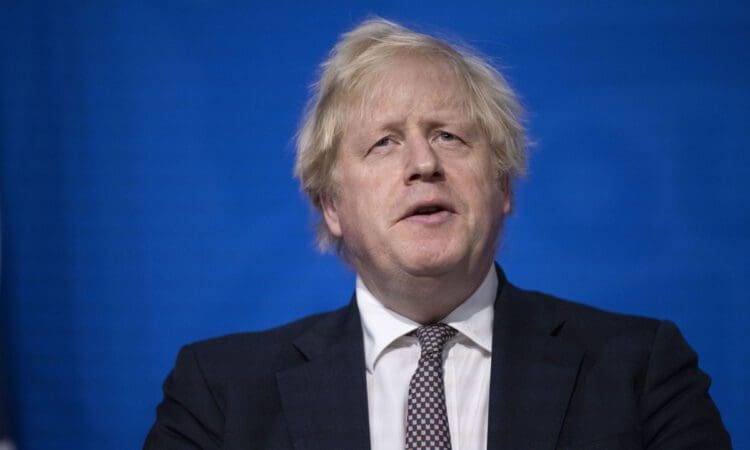 A leading rail union has said train workers will be left to deal with angry passengers who do not want to wear face masks, after they were once again made compulsory on public transport.

Face coverings will be mandatory on public transport and in shops and other settings including banks, post offices and hairdressers from Tuesday morning, when isolation rules will return for international arrivals until they receive a negative PCR test for COVID-19.

Mick Lynch, the general secretary of the Rail, Maritime and Transport Union (RMT), says more resources need to be made available to police the use of face coverings, after Health Secretary Sajid Javid said they would be made compulsory once again in shops and on public transport from Tuesday.

Mr Lynch said: “We support the wearing of masks but there are major issues about enforcement and it is our members left in the front line with angry passengers who refuse to comply.

“The Government must make the resources available to police this reintroduction of masks. We also need to end this disjointed approach and get some consistency that avoids the chaos and confusion that is a hallmark of this administration.”

His thoughts were echoed by Unite’s national officer for passenger transport, Bobby Morton, who said the Government’s “inconsistent messaging” around the use of masks would lead to “non-compliance”.

He said: “The Government’s previous inconsistent messaging on face-mask wearing is almost certainly going to result in a high degree of non-compliance. Unite’s advice to bus drivers is clear: It is not their role to enforce mask wearing, their responsibility is to safely drive and operate the bus. The job of enforcing mask wearing is that of the bus operator and the police.”

Mr Morton added that Unite had previously said the requirement to wear face coverings “should never have been removed while rates of COVID-19 remained high” and said it was only the development of the new variant, Omicron, that had “forced the Government to act”.