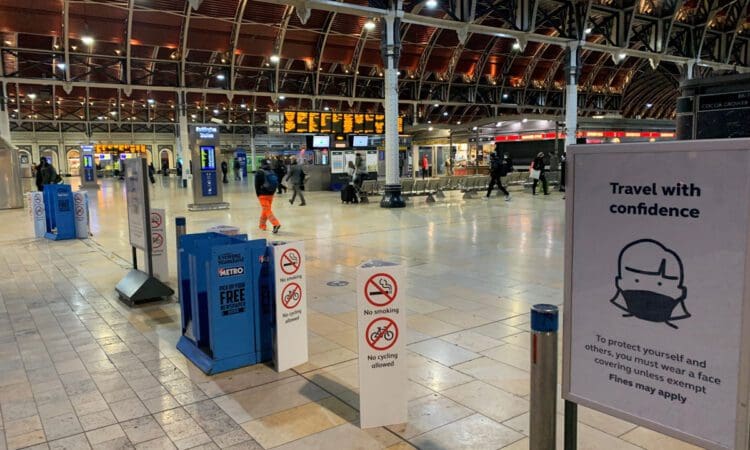 The reintroduction of government guidance to work from home appears to have had an an immediate impact after reports of a sharp fall in transport usage.

Figures from TomTom show cities across England experienced a decline in traffic on Monday morning. In London at 8am, congestion levels were down from 72% two weeks ago to 60%.

The figures represent the proportion of additional time required for journeys compared with free-flow conditions.

Network Rail said footfall at several major railway stations between 6amd and 9.30am on Monday plummeted compared with the same period last week.

Cannon Street in the City of London saw the largest week-on-week decline out of the 16 stations it gave figures for, at 38%.

Other stations where a reduction in demand was recorded include Birmingham New Street (24%), Manchester Piccadilly (20%) and Edinburgh Waverley (11%).

Transport for London (TfL) recorded an 18% reduction in the number of London Underground journeys made between the start of service and 10am on Monday compared with the same period last week, while bus usage declined by 6%.

A spokesman for the transport body said: “The Government’s decision to require people to work from home from today will naturally result in a drop in TfL’s ridership.

“We continue to assess what impact this announcement has on overall ridership levels, and crucially our operating income which relies heavily on fares revenue.”

TfL said passenger numbers after 10am are closer to those seen before the virus crisis began. Prime Minister Boris Johnson urged people in England to work from home where possible from Monday.

This brought England in line with the rest of the UK.