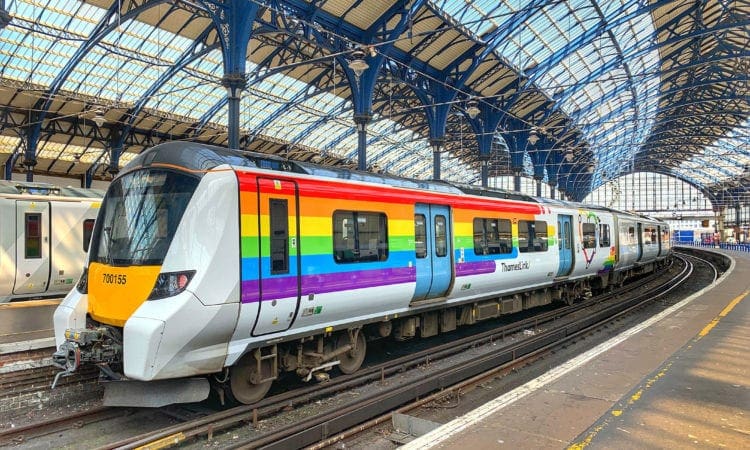 A rail firm has unveiled a train emblazoned with a rainbow livery ahead of Brighton and Hove Pride.

It will be part of the Thameslink fleet operating an enhanced service for hundreds of thousands of revellers travelling to and from the south coast between August 2 and 4.

GTR’s train services director Stuart Meek, who chairs the company’s LGBT+ network, said: “We are absolutely delighted to see the train out in passenger service.

“This symbol of support shows how everyone is welcome on our services and celebrates our LGBT+ colleagues.”

Trains will run late into the night on the Saturday of Pride weekend to help visitors return home after a concert featuring pop star Kylie Minogue.

GTR has been planning since January alongside Pride organisers, Sussex Police, Brighton and Hove City Council and other local partners.

There were chaotic scenes after last year’s event as crowds of people were stranded outside Brighton station for several hours.

People attending this year’s Pride are being urged to plan ahead and allow plenty of time to get home.

An “enhanced queuing system” will be in place in a bid to avoid overcrowding.