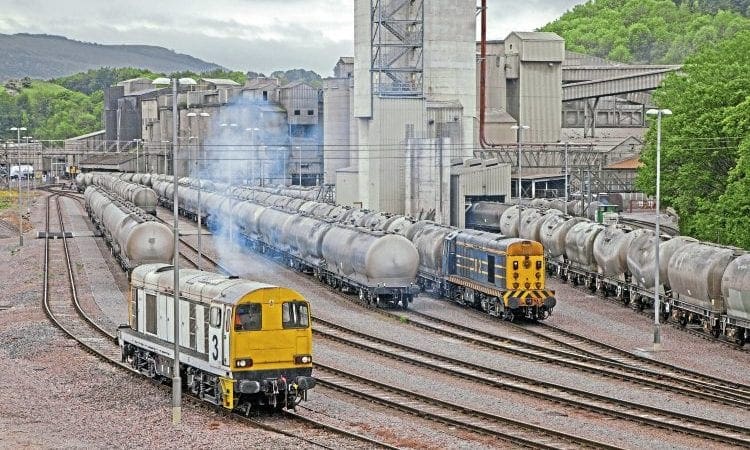 June 1 open day attractions at the Peak District plant included 0-6-0T industrial Nunlow, returning to its former home, and LNWR ‘Coal Tank’ No. 1054, as well as the resident ex-BR Class 20s that shuttle cement tanks over the two-mile branch between the plant and Earles Sidings, on the Sheffield to Manchester Hope Valley route.

The works have been a major customer for the railway since it opened in 1929, and is now served by Freightliner, which has a crew depot at Earles Sidings.

The plant produces more than 1.3m tonnes of cement per year, most of which is distributed by rail.