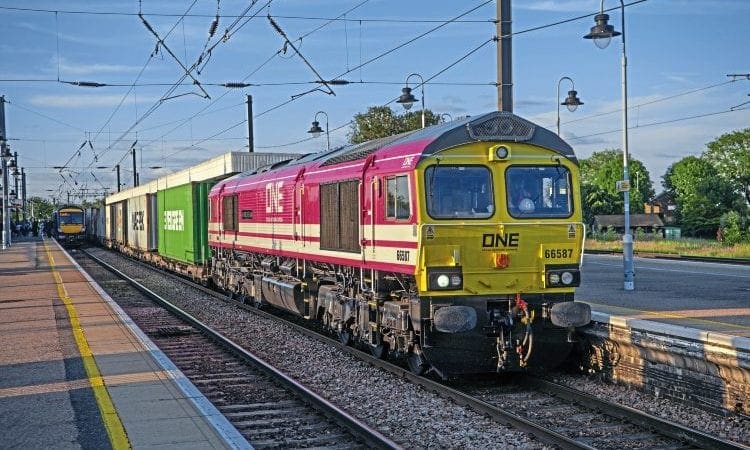 FREIGHTLINER’S No. 66587 became one of the most instantly recognisable locomotives on the network in June after it gained a striking new magenta and white livery.

The ‘66’ has been re-liveried and was named AS ONE, WE CAN at Southampton Maritime Terminal on June 11 to mark the freight operator’s new contract with Japanese shipping company Ocean Network Express (ONE).