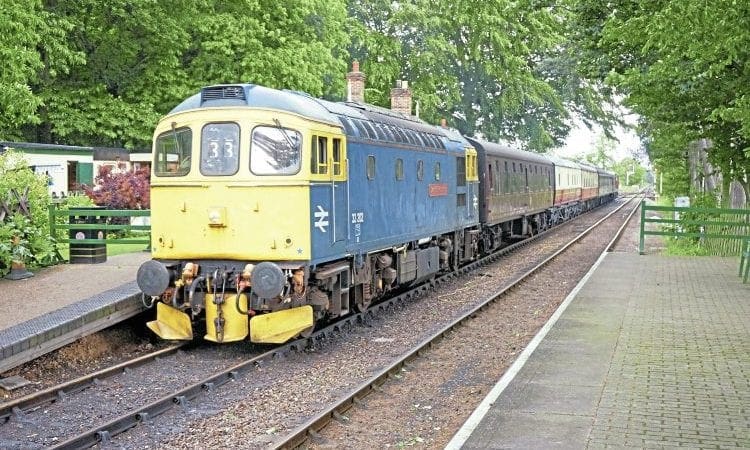 ‘Deltic’ No. 55009 Alycidon had to be replaced by Spa Valley Railway Class 33 No. 33063 R. J. Mitchell, but the line-up had an unexpected boost by the arrival of another of the type.

After delivering No. 33063 on June 11 the lorry went over to Dereham to collect Class 33/2 No. 33202 Dennis G. Robinson from the Mid-Norfolk Railway, where it is used by owners Sonic Rail Services on track-laying contract work.