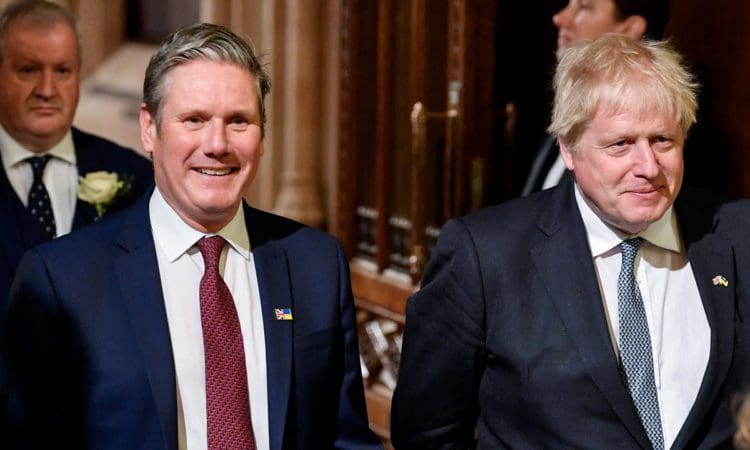 The creation of a new public sector body to oversee Britain’s railways has been included in the Queen’s Speech.

Great British Railways (GBR) will “simplify” the rail network and improve services for passengers, according to a Downing Street briefing document on the Transport Bill.

It will absorb the state-owned infrastructure management company Network Rail and take on many functions from the Department for Transport.

The briefing document stated that it will “act as the single national leader of the railways”, with “a clear mandate, goals and budgets set by the Government, who will reserve powers of direction”.

Transport Secretary Grant Shapps launched a competition in February for towns and cities to make the case why they should host the headquarters of the organisation.

Andy Bagnall, director general at the Rail Delivery Group, which represents train operators, said: “This is an important milestone towards delivering a better railway for customers and the nation as a whole with Great British Railways having the potential to join up the railway.

“To make these reforms a success, this needs to be balanced with giving private operators the contractual freedom to focus relentlessly on customers, and boldly innovate to meet their needs.

“The private sector will continue to work with Government and the Great British Railways Transition Team to ensure these reforms meet the ambition and potential of the Williams Shapps Plan for Rail.”

The plan is based on the recommendations of a review of the rail industry carried out by former British Airways chief executive Keith Williams following the chaotic introduction of new timetables in May 2018.

The Transport Bill is also aimed at enabling “innovation” and providing “new choices for the public”.

It includes measures relating to private e-scooters, which are currently banned from use on public roads and pavements.

Trials of rental e-scooters have been set up in dozens of towns and cities across England.

A Government spokeswoman said: “Safety will always be our top priority and our trials are helping us to better understand the benefits of properly regulated, safety-tested e-scooters and their impact on public space.

“While riding a privately owned e-scooter on public land is currently illegal, we are considering how best to design future regulations and our Transport Bill will help us to take the steps we need to make e-scooters safer and support innovation.”

The Bill features legislation to allow self-driving and remotely-operated vehicles and vessels.

It supports the rollout of more electric vehicles chargepoints as part of the transition from petrol and diesel models.

Legislation to introduce licensing of London pedicabs is included.

This will provide the powers to build and operate HS2 between Crewe and Manchester.