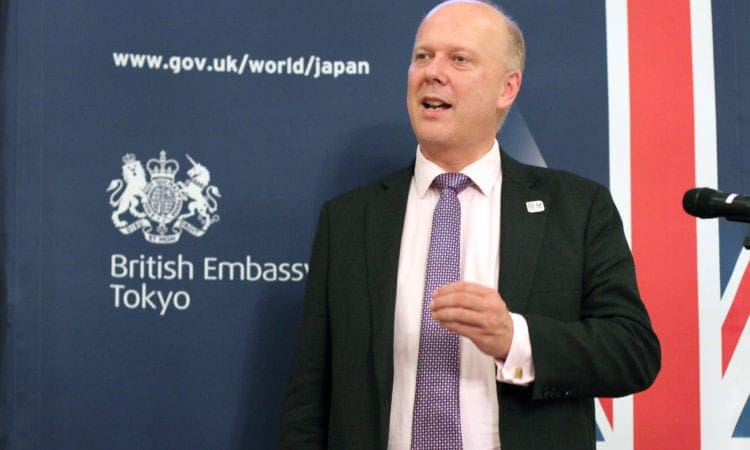 Chris Grayling quits as Transport Secretary as Boris Johnson stamped his authority in a cabinet revamp on his first day as Prime Minister.

For many, Chris Grayling’s name was a byword for incompetence – and he left Government wedded to the unflattering moniker “Failing Grayling”.

His record for mistakes was long and notorious.As transport secretary, his decision to award Seaborne Freight a contract worth £13.8 million to run services between Ramsgate and Ostend in Belgium – despite having no ships – attracted widespread criticism.

He faced a vote of no confidence – but survived – over Northern Rail‘s chaotic timetable collapse which resulted in widespread disruption and thousands of furious passengers.

And the minister – born on April Fool’s Day – faced ire when he controversially ditched plans to make the railway network faster, greener and cleaner by electrifying lines.

His reputation for blunders was forged long before he stepped into the role of transport secretary in 2016, his reward for masterminding Theresa May’s leadership campaign.

As justice secretary before that, he introduced new fees for employment tribunals, banned people from sending books to prisoners, and brought forward court fees which the then chairman of the Bar Council warned could incentivise innocent people to plead guilty.

Delighted and honoured to have been appointed the new Secretary of State for Transport. https://t.co/KKlhHkbImU

All of the moves were subsequently overturned. He also triggered an angry campaign from musicians such as Johnny Marr, Dave Gilmour and Billy Bragg when he banned steel-string guitars from prisons.

Former Conservative Party chairman and current MP for Welwyn Hatfield, Grant Shapps, has been appointed as the new secretary of state for transport. He has tweeted that he is “delighted and honoured” to take up the position.