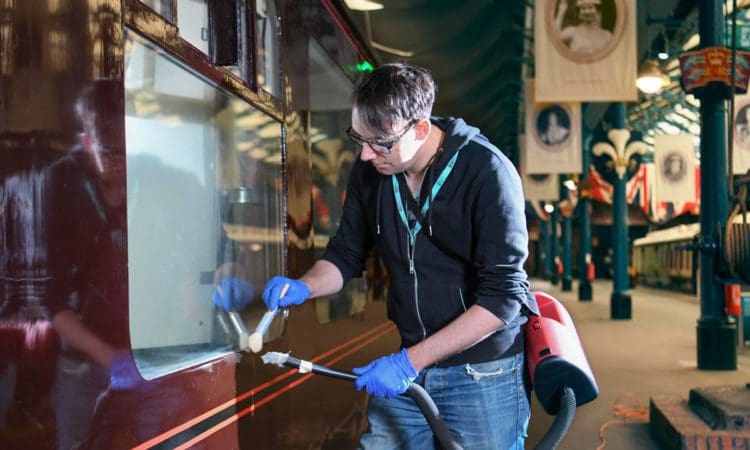 The National Railway Museum is inviting visitors to share in the luxury of royal travel with a season of royal-themed activities and a new exhibition to coincide with Her Majesty the Queen’s Platinum Jubilee.

Families can learn about how the railways have changed during the Queen’s 70-year reign and can take part in hands-on activities and free talks from the museum’s learning team.

Visitors can also see a new temporary exhibition called Royals on Rails in the museum’s Highlights Gallery which overlooks the Great Hall.

From May 27 to September 4, 2022, the exhibition will feature a selection of unique objects from the collection with a royal connection. The exhibition also includes a specially commissioned film which explores the link between royal patronage and the development of the railways and gives visitors a glimpse inside the museum’s collection of royal carriages.

The six royal carriages on permanent display in Station Hall, include Queen Victoria’s grand 1869 saloon and one of Queen Elizabeth’s former carriages from the royal train.

Built during the Second World War, Queen Elizabeth’s carriage was designed to give maximum protection to its royal occupants. King George VI and Queen Elizabeth frequently travelled around the country to boost morale and to keep them safe on their journeys, the carriage was fitted with armour plating and shutters over the windows. Details of the carriage were kept secret until after the war.

From 1952, the carriage became the personal saloon of Her Majesty Queen Elizabeth II, before being replaced in 1977, when it joined the museum collection.

Liv Mills, Exhibitions Project Manager, said: “The continued use of rail travel by the royal family marked a growing shift towards how we imagine the monarchy: visible, ceremonial and travelling in luxury. The new exhibition Royals on Rails will enable visitors to admire the exquisite royal carriages and to take a glimpse inside the rooms in which royal duties were conducted.”

On Wednesday 1 June, visitors will also be able to see conservation in action as the museum’s conservation team carry out work on the royal carriages, with experts on hand to answer questions from the public.

To find out more, visit: www.railwaymuseum.org.uk/whats-on/platinum-jubilee-holiday