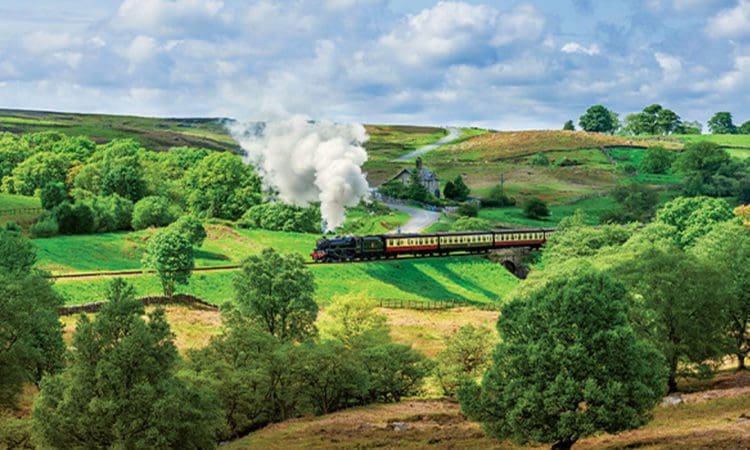 Discover glorious Yorkshire from the handsome spa town of Harrogate, nestled on the edge of the Yorkshire Dales.

With plenty of included excursions, you’ll soak up wild and rugged moorlands, beautiful stretches of coastline, picturesque villages and undulating valleys as well as ancient cities brimming with Viking and Roman heritage. This part of the world really is a feast for all the senses.

The walled city of York is filled with history, from its striking 13th-century Gothic cathedral to the 11th-century ruins of Clifford’s Tower – the largest remaining part of York Castle – and of course its city walls, the most complete example of medieval walls in England today. There’s also the National Railway Museum where you can learn all about locomotives old and new, great and small.

Yorkshire’s a place of literary fame too. The Brontë sisters, Charlotte, Emily and Anne, penned famous novels, including Jane Eyre and Wuthering Heights, from their home in Haworth, and Bram Stoker was famously inspired to write his famous gothic novel, Dracula, after visiting Whitby in the 1800s.

One of the UK’s longest heritage lines, with restored interiors evoking a sense of the 1920s, a steam locomotive pulls you along a picturesque route, passing through one of the oldest railway tunnels in the world as you navigate heather-clad hills.

Further west, the Keighley & Worth Valley Railway takes you on a scenic ride through the heart of the brooding Pennines on its way to Oxenhope, with traditional carriages pulled by historic diesel and steam engines.