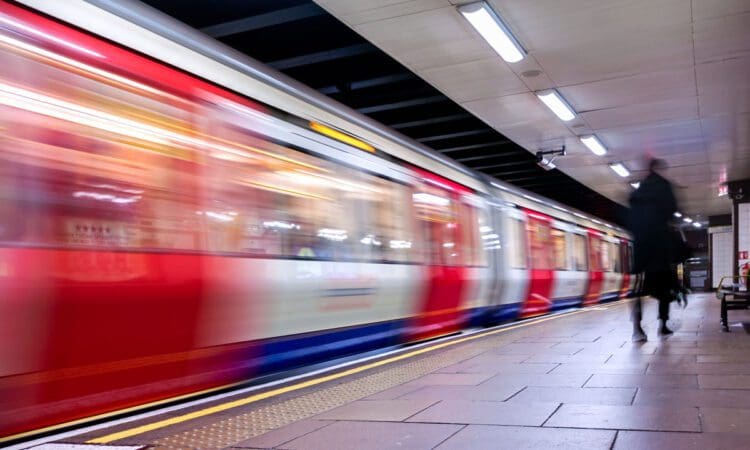 Railway workers will go on a three-day strike over pay and jobs later this month.

Talks are to be held in a bid to avert strikes by railway workers after the scale of disruption to services by the planned industrial action became clear, it has been revealed.

When is the rail strike happening?

Members of the Rail, Maritime and Transport (RMT) union at Network Rail and 13 train operators will walk out on June 21, 23 and 25, in the biggest outbreak of industrial action in the industry in a generation.

The RMT also announced another 24-hour strike on London Underground on June 21 in a separate row.

The disputes are over pay, jobs and pensions, with the union complaining that railway staff who worked through the pandemic are facing job cuts, a pay freeze and attacks on employment conditions.

Talks between Network Rail (NR) and the union are expected to be held in the next few days.

NR is also drawing up contingency plans, with the strikes expected to cause disruption to services for six days, from the first walkout on Tuesday June 21 to the day after the third strike.

Fewer than one in five trains are likely to run, and only between 7am and 7pm, probably only on main lines.

No direct talks are planned between the union and train operators, although the RMT said it is open to “meaningful negotiations” to try to resolve the dispute.

The strikes threaten widespread travel disruption during a number of major events, including concerts, Test match cricket and the Glastonbury festival.

Glastonbury starts on June 22, while that week will also see England play New Zealand in a Test match in Leeds, the British Athletics Championships in Manchester, and gigs in London’s Hyde Park by Sir Elton John (June 24) and The Rolling Stones (June 25).

There will also be a Commonwealth Heads of Government meeting in London on June 24 and 25 and it is Armed Forces Day on June 25.

The union said it will be the biggest strike on the railways since 1989.

RMT general secretary Mick Lynch said: “Railway workers have been treated appallingly and, despite our best efforts in negotiations, the rail industry, with the support of the Government, has failed to take their concerns seriously.

“We have a cost-of-living crisis, and it is unacceptable for railway workers to either lose their jobs or face another year of a pay freeze when inflation is at 11.1% and rising.

“Our union will now embark on a sustained campaign of industrial action which will shut down the railway system.”

Network Rail chief executive Andrew Haines said the organisation is “doing everything we can” to avoid the strike action.

“There are two weeks until the first strike is planned. We will use this time to keep talking to our unions and, through compromise and common sense on both sides, we hope to find a solution and avoid the damage that strike action would cause all involved,” he said.

Health Secretary Sajid Javid said union leaders should “act like adults” and come to a “sensible solution” to the disputes.

He told BBC Radio 4’s Today programme: “When it comes to these strikes, it is very disappointing what the unions have said, because it’s not just going to cause misery for the travellers, but it’s actually, I think, the wrong outcome for the workers as well.

“Because anyone working in this industry, any industry for that matter, you want it to be sustainable for the long term. It’s not possible to keep giving it the same level of support it got during the pandemic.”

Put to him that the Government could legislate to ward off the strikes, he said: “There are of course options for the Government. And I know that my colleague, the Secretary of State for Transport, will be looking at all options.

“But the most important thing right now would be for the union leaders to get around the table with the industry leaders and just basically act like adults and just to come to a sensible solution.”

A spokesman for London Mayor Sadiq Khan said: “At the heart of this industrial action is the Government’s appalling approach to public transport across the country, not least its continued resistance to delivering the sustainable funding Transport for London (TfL) desperately needs.

“These planned strikes are extremely frustrating and disappointing and will have a serious impact on London’s businesses and commuters right at the time when we’re working to get more passengers back on to the network, encourage tourists back to London, and support the capital’s economic recovery.

“In London, TfL has made clear that nobody has or will lose their jobs, and there are no proposed changes to pensions. That’s why the Mayor urges the RMT to call off this action and to work with TfL to find a resolution.

“He also urges the train operating companies, trade unions and the Government to work together to resolve the national dispute, to protect London’s economic recovery.”

Andy Lord, TfL’s chief operating officer, said: “It is extremely frustrating and hugely disappointing that the RMT has announced further strike action before we have been able to meet them to discuss their concerns following this week’s strike. Announcing this strike so soon to align with wider national action is unfair to Londoners.

“It is particularly disappointing that the RMT is threatening such disruption given that nobody has lost or will lose their jobs as part of the proposals that we have laid out, which amounts to a recruitment freeze rather than job losses, and that there have been no proposals to change pensions or conditions.

“The devastating impact of the pandemic on TfL finances has made a programme of change urgently necessary. I urge the RMT to work with us rather than continue to disrupt our customers and further hamper London’s recovery.

“We have been in regular talks with the RMT to try and resolve this dispute and would welcome further talks rather than strike action.”

A Department for Transport spokesman said: “After all our collaborative work over the past few weeks on the Elizabeth line, it is disappointing and unfair of the Mayor to put the blame for these strikes on the Government rather than take responsibility and fulfil his promise of making TfL financially stable – especially as it was his own advisory panel who recommended pension reform.

“We’ve provided TfL with close to £5 billion during the pandemic and committed to exploring a long-term settlement to further support London’s transport network all while the Mayor buries his head in the sand and continues to push for more bailouts.”