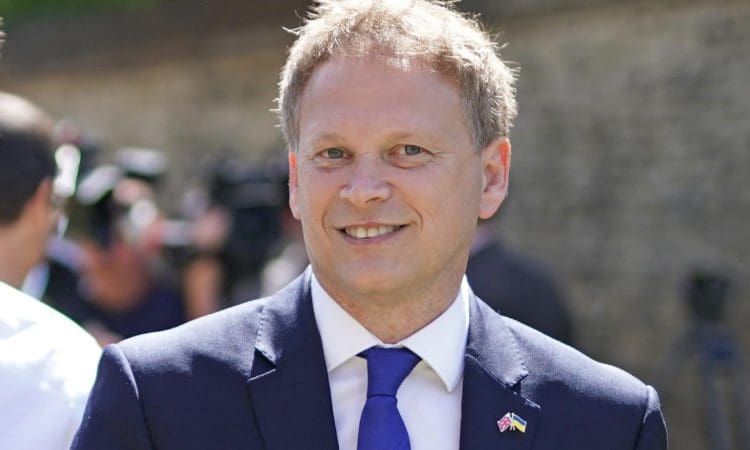 Transport Secretary Grant Shapps hit out at striking rail unions as he announced a £1 billion investment in digital signalling.

He said that giving the go-ahead for the replacement of Victorian signalling infrastructure on the East Coast Main Line (ECML) proves the Government is modernising the railways “despite the best efforts of unions”.

But the Transport Salaried Staffs Association (TSSA) insisted it was a “non-announcement”, as much of the existing system needs replacing anyway.

Mr Shapps is embroiled in a bitter row with the Rail, Maritime and Transport (RMT) union.

About 40,000 RMT members at Network Rail and 13 train operators went on strike last week in a dispute over jobs, pay and conditions.

Only a fifth of passenger trains were able to operate on the three strike days, with services also heavily reduced on the days after the walkouts.

Members of drivers’ union Aslef at Greater Anglia and the Croydon Tramlink walked out in separate pay rows in recent days.

The TSSA served notice to ballot its members at Greater Anglia last week for strike action and action short of strike over pay, conditions and job security.

Mr Shapps told the PA news agency that new signalling will cut delays and lead to more frequent trains on the ECML, but “we just need to make sure the work practices follow from the steam age into the digital age”.

Rail staff are “happy to work with us” and have shown they are “prepared to adopt modernisation”, he claimed.

“Their union bosses are the ones who are stopping very obvious modernisations taking place.”

Mr Shapps cited the example of maintenance crews based at London Euston not being permitted to work at London King’s Cross – less than half a mile away – because the stations are classed as being in different regions of the rail network.

“To the general public that will seem entirely bizarre,” he said.

“We’re building a railway fit for the 21st century.

“We’ve got to get out of these 20th century work practices in order that the whole thing works together and provides a much better service for the public.”

Mr Shapps went on: “While union bosses waste time touring television studios and standing on picket lines, I am busy getting on with the job at hand and modernising our railway.

“The world is changing and, despite the best efforts of unions, I am determined to help our railway change with it.”

He added: “This non-announcement is part of the wider Tory strategy of deceit, lies and fabrications.”

One third of the UK’s population live within 20 minutes of a station on the EMCL, which runs from London King’s Cross to Edinburgh via locations such as Peterborough, Doncaster, York and Newcastle.

Outdated lineside infrastructure will be replaced with the European train control system (ETCS) on a 100-mile stretch of the line between London King’s Cross and Stoke Tunnel to the south of Grantham, Lincolnshire.

That section was chosen as its existing signals are due for renewal.

The new system is expected to begin operation in the early 2030s.

It allows trains to run closer together than conventional signalling.

Toufic Machnouk, director of industry partnership for digital railway at Network Rail, said ETCS will “transform the capability and resilience of the East Coast Main Line”.

David Horne, managing director at London North Eastern Railway, which operates long-distance trains on the line, said digital signalling will “allow the full potential of our Azuma fleet technology to be realised”.

Previous Government funding of £350 million ensured trains using the ECML have been made compatible with digital signalling.

Infrastructure is being installed on the Northern City Line – a branch of the ECML running between London’s Moorgate and Finsbury Park – to test the system.

Mick Lynch, general secretary of the Rail, Maritime and Transport union, said: “Grant Shapps is creating a straw man to knock down by falsely drawing equivalence between our strike action and this latest introduction of digital signalling.

“RMT is fully committed to the development of a digital railway and genuine modernisation, as long as our members have a guarantee of no compulsory redundancies, something Network Rail has offered us for over a decade.

“The digital railway is a 15-year project undertaken by Network Rail that RMT is negotiating on how to best implement so it is bizarre of the Transport Secretary to attempt to weaponise it to score cheap political points.

“What holds back the development of the railway is private companies and contractors making a mint from the taxpayer and charging exorbitant fares to customers while overseeing a decaying Victorian railway line.”

He added: “It is outrageous that the Transport Secretary is taking credit for a modernisation programme on digital signalling that RMT helped develop and is now implementing alongside the rail industry.”

Aslef general secretary Mick Whelan said: “Grant Shapps is, I’m afraid, badly mistaken. He either doesn’t know he is wrong, in which he case he is inept, or, at least, exceptionally badly briefed, or, if he does know that what he is saying is simply not true, then he is a liar.

“This trade union has been fully engaged in the projects he is talking about. If he would like that to change, fine; if not, then he should do the right thing and publicly apologise.”