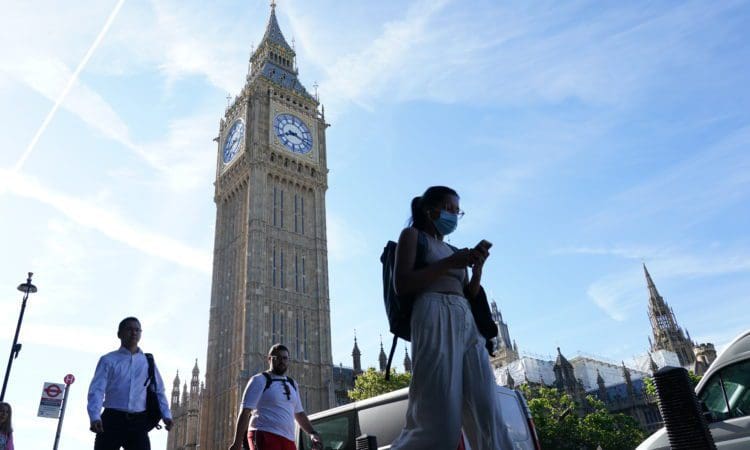 With Met Office warnings of temperatures possibly soaring to 40C next week, passengers should expect some delay to rail services, as railway speed restrictions may be necessary.

Meteorologists gave an 80% chance of the mercury topping the UK’s record temperature of 38.7C (101.7F) set in Cambridge in 2019, with the current heatwave set to peak on Tuesday. There is a 50% chance of temperatures reaching 40C somewhere in the UK, likely along the A1 corridor, with the Met Office issuing its first ever red warning for extreme heat.

A No 10 spokesman said railway speed restrictions may be needed on “some parts of the network next week to manage the hot weather and to avoid any potential damage”.

Jake Kelly, of Network Rail, warned that journeys will take “significantly longer and delays are likely as speed restrictions are introduced to keep passengers and railway staff safe”, urging people to travel only if absolutely necessary on Monday and Tuesday.

Network Rail also said response teams will be deployed to mitigate the impact of the extreme heat where possible, but passengers are likely to experience disruption if current forecasts are realised, due to potential damage to steel rails and overhead electric lines.

The UK Health Security Agency has increased its heat health warning from level three to level four – a “national emergency”. The Met Office red warning, for Monday and Tuesday, covers an area from London up to Manchester, and up to the Vale of York.

Met Office spokesman Grahame Madge said: “Probably the most likely areas to look at would be north of London and up to Lincolnshire, inland.

“Somewhere like Peterborough, Grantham, Sandy, Stevenage, those sorts of areas, A1 corridor.”