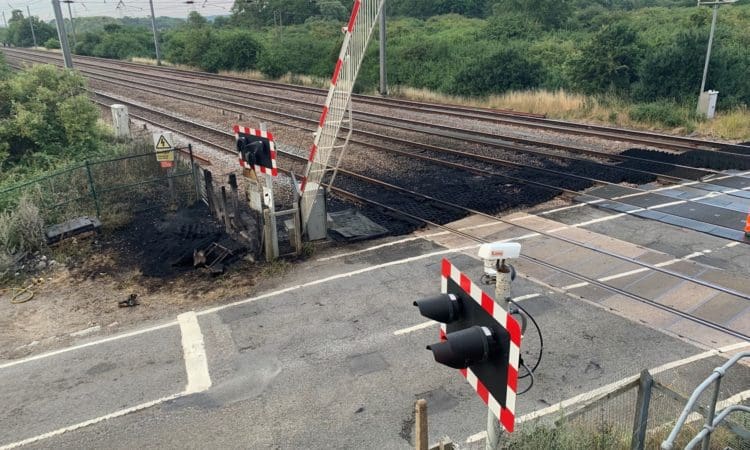 Network Rail announced on Wednesday morning there would be no trains between London Euston and Scotland as teams repaired damage caused to overhead lines on Tuesday as temperatures hit 40C south of the border on Tuesday, the hottest on record in the UK.

Services on both the east and west coast mainlines have been affected.

Overhead lines and tracks between Kings Cross and Peterborough are being repaired following a fire on the line on Tuesday.

On the west coast mainline, power lines were damaged between Lancaster and Carnforth; at Harrow in North London; at Birmingham New Street and near Wolverhampton.

Network Rail tweeted: “Colleagues in England have been working through the night to repair damage caused by the extreme heat yesterday.

This has been a very challenging 24 hours. There is still a lot of work to do, but the teams are working hard to make those repairs.”

Avanti West Coast, which operates trains on the west coast mainline between Glasgow Central and London Euston, said tickets that had been purchased for journeys on Tuesday and Wednesday will be valid for travel until Friday.

The operator urged members of the public to check journeys and find alternative routes.
Meanwhile, Lumo confirmed they would only run services between Edinburgh Waverley and Newcastle on Wednesday.

Original tickets will be accepted onboard Lumo services for up to a week following the planned day of travel.

The Caledonian Sleeper services on Wednesday evening are scheduled to run, but the operator has urged passengers to check ahead of travelling.

East coast mainline operator LNER warned passengers not to travel to London Kings Cross Station and tweeted: “Due to urgent repairs to the railway between Kings Cross and Peterborough, all lines are blocked. Please Do Not Travel to or from Kings Cross today.”

“Specialist teams worked all night but have been unable to fix the cables in time for the start of service this morning.

“We’re doing everything we can to get things back up and running.

“In the meantime, please check National Rail Enquiries before you set off on your journey as delays will continue today.”