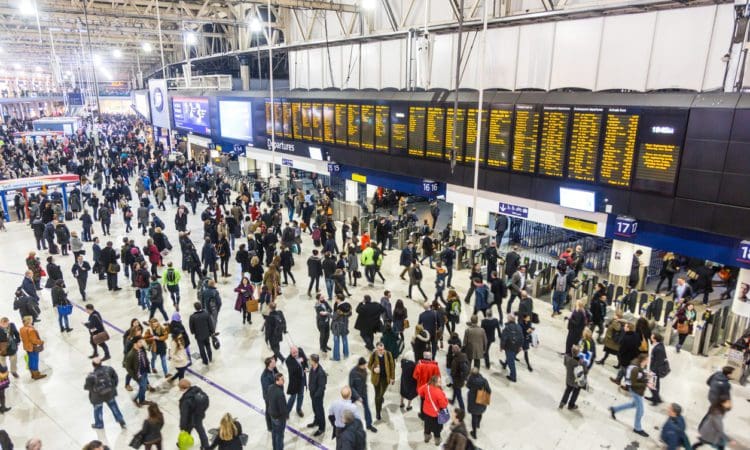 Businesses can now provide skilled agency workers to plug staffing gaps caused by strike action under changes to the law coming into force on Thursday, the Government has announced.

The move follows a wave of strikes by railway workers in recent weeks in a bitter dispute over jobs, pay and conditions, with more planned in the coming weeks.

The Government said that, from Thursday, businesses most affected by industrial action will be able to call upon skilled, temporary staff at short notice to fill essential positions.

“This will help to mitigate the disproportionate impact strike action can have both on the UK economy and society by allowing crucial services, that we all use on a daily basis, to continue functioning,” it said.

“Today’s change in the law will apply across all sectors; for example, in education where strike action can force parents to stay at home with their children rather than go to work.”

Business Secretary Kwasi Kwarteng said: “In light of militant trade union action threatening to bring vital public services to a standstill, we have moved at speed to repeal these burdensome, 1970s-style restrictions.

“From today, businesses exposed to disruption caused by strike action will be able to tap into skilled, temporary workers to provide the services that allow honest, hardworking people to get on with their lives. That’s good news for our society and for our economy.”

Transport Secretary Grant Shapps said: “While next week’s rail strikes will come too soon to benefit from this legislation, it’s an important milestone reflecting the Government’s determination to minimise the power of union bosses.

“For too long, unions have been able to hold the country to ransom with the threat of industrial action, but this vital reform means any future strikes will cause less disruption and allow hardworking people to continue with their day-to-day lives.”

The Government has also changed the law to raise the maximum damages that courts can award against a union when strike action has been found to be unlawful. For the biggest unions, the maximum award will rise from £250,000 to £1 million and the changes apply across England, Scotland and Wales.

Rail, Maritime and Transport (RMT) union general secretary Mick Lynch said: “This is the latest step in a clampdown on democratic dissent which every trades unionist and democrat must oppose.

“The use of agency labour to break strikes is not only unethical and morally reprehensible, it is totally impracticable.

“Agency workers will not have the skill, training or relevant competences to drive a train, to do complex maintenance work on the track, to signal trains, or to do a whole host of safety-critical work on the network.

“Instead of trying to reduce trade union rights which are already the worst in western Europe, the Government should be unshackling Network Rail and the train operating companies so we can secure a negotiated settlement on the railways.”

TUC general secretary Frances O’Grady said: “This is a recipe for disaster. Unions and industry bodies have both warned ministers against these reckless plans.

“Using agency workers to try and break strikes would put these workers in an appalling position, worsen disputes and poison industrial relations.

“This Government wants to undermine the fundamental right to strike by allowing agency workers to be used as strike breakers across the economy.

“And these cynical and ideological laws are a threat to public safety too.

“Bringing in agency staff who haven’t been fully trained to deliver specific roles could put themselves and members of the public at risk.

“At a time when millions are struggling to make ends meet, ministers are using precious parliamentary time to attack workers’ ability to bargain for higher wages.

“This is a government in turmoil, which is spoiling for fight. Ministers should help to de-escalate industrial disputes – not inflame them.”