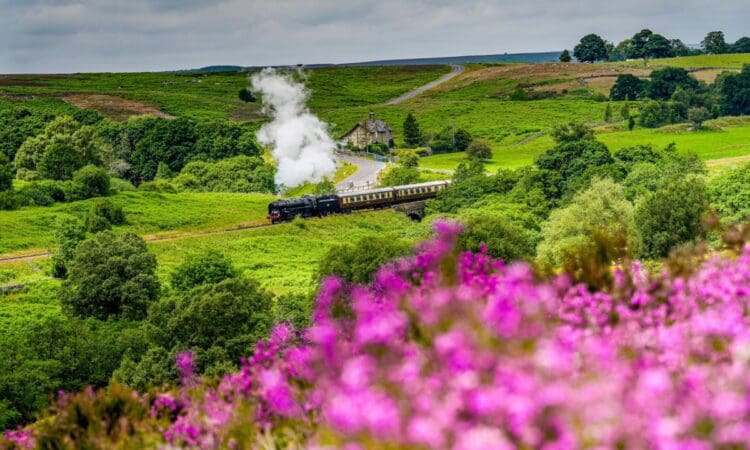 As well as the current spate of strikes affecting the North Yorkshire Moors Railway (NYMR), which uses part of the national rail network, the prolonged dry spell of weather has been causing an outbreak of lineside fires, badly disrupting rail timetables.

The campaign covers six weekly themes which aims to raise awareness of the importance of heritage railways as tourism destinations, educating and telling the story of Britain’s railways, while also providing local jobs and volunteer community engagement. The campaign also aims to highlight how the NYMR has benefited from the £10 million Yorkshire’s Magnificent Journey project (YMJ), supported by funding from the National Lottery Heritage Fund,  and was designed to transform the railway and secure its future.

Chris Price, general manager at NYMR, said: “Our message for Yorkshire Day is ‘support your local heritage railway’; having survived the COVID pandemic, we’re now being hit by yet more challenges which are heavily impacting our timetables, visitor numbers and therefore revenue. The summer holidays are our busiest time of year, so it’s been a real challenge to maintain our high levels of service in the face of strikes and fires – but our team has been fantastic and kept us on track.”

NYMR and its fellow heritage railways from across the UK carry over 13 million passengers each year, over 560 miles of railway line and contribute £400 million in economic impact. 22,000 volunteers and over 4,000 paid employees keep the UK’s heritage railways on track, highlighting the significant role railways played through the industrial revolution.

At the time of writing, the following railways participating in Love Your Railway 2022 are: